in brighton, burger, fast food, food delivery, takeaway - 6 April 2015
So here I am on the third leg of my food home delivery service and it's a biggie. This time I'm trying out the UK's second best takeaway as voted by hungryhouse's customers from more than 10,000 restaurants. The vote is based on "their consistently positive customer ratings, their ability to deliver food to hungry customers without fail, and their high Food Hygiene Rating scores". All good news to me.

Being new to food delivery (um, I have a kitchen) I have been keen on sticking to restaurant grade food rather than the popular  pizza, kebab, burger and Anglo-Chinese/Indian food, as I think there is a real market for quality food to your home. But if the second best takeaway is in my hometown I have some sort of obligation to comment on it right? 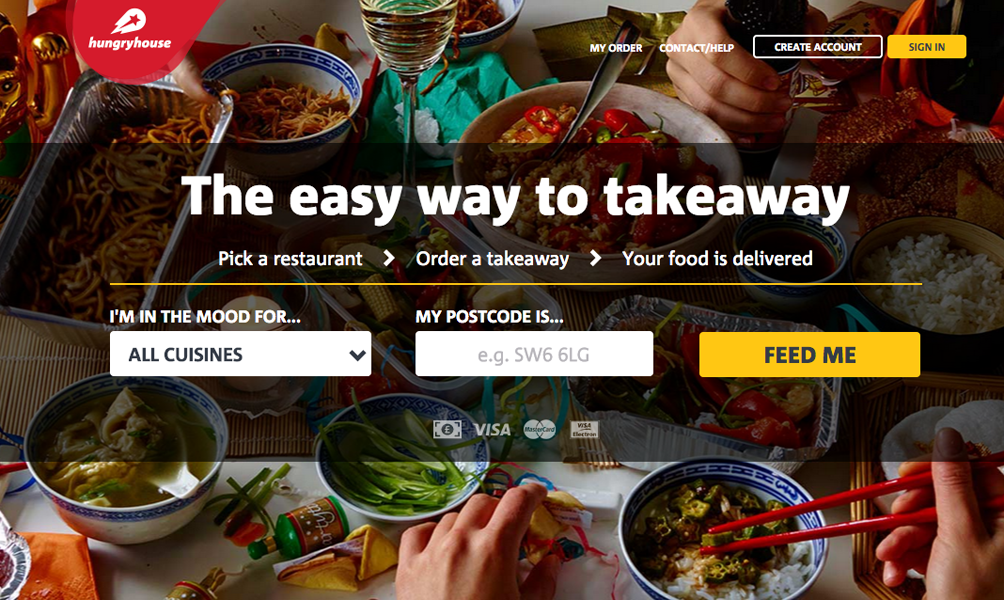 Let's start with the positives. Hungryhouse.co.uk is a lovely site to order food from. Well built, well designed, efficient and clear, it doesn't take you long to get your transaction through. Restaurant and cuisines are easily searched and menus well formatted. The order tally is easy to chop and change through and there are some good ideas for ordering based on other consumers. 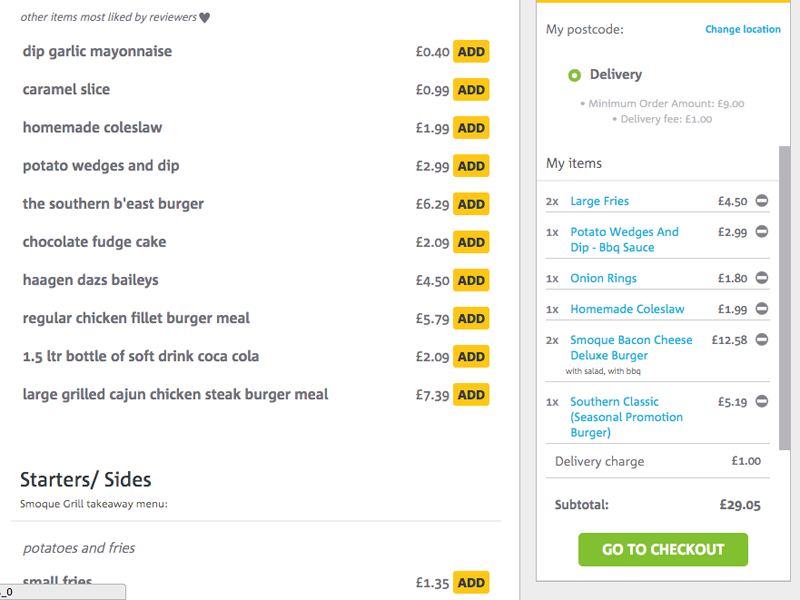 Account set up, payment and notifications are all well thought about. So yes, hungryhouse is definitely up there with the better of the food delivery sites I've been using in my reviews. 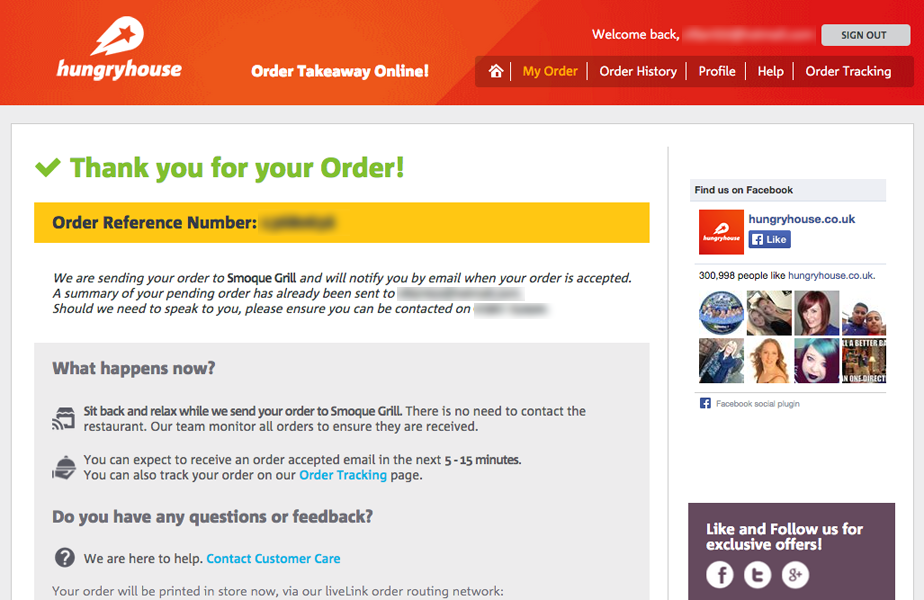 But to the food. SmoQue Grill has been getting some very good press following their award, which to be honest, surprised me for what looks like an ordinary burger takeaway joint.

And what turned up were pretty ordinary burgers. I can't say i particularly enjoyed my meal. Maybe I've never had a home delivery of burgers and maybe they travel just as badly as pizza (which in my book should be eaten scorching from the oven, not out of a box). The burgers were lukewarm and the fries, onion rings and wedges soft, stodgy and droopy. Even the homemade coleslaw was criminally under seasoned.

I went for a Southern Classic Burger which is their seasonal promotion burger. Firstly I really didn't like the soft, floury bun. It was lacking any flavour or texture. The handmade beef patty was fine but I've had richer and more succulent before. Not appealing was the thick slices of mushrooms, barely cooked and spongy, a stodgy onion ring and claggy cheese. It was all too much, and a very obscure combination. I had high hopes also for the SmoQue bacon, thinking of some lovely house smoked style but to me seemed very ordinary.

Slightly better were the Smoque bacon cheese deluxe burgers. The glazed brioche bun far better and the flavour of the patty had a chance to come through even with "smoqued" streaky bacon, American cheese, melted Swiss cheese, coleslaw, tomatoes and lettuce.

Totally unremarkable really. I dread to think who came in at No. 10,000. Maybe I'm not the target market for beige food. You see scores of people on the telly on those fat programmes with their weekly intake of food laid out to shame them in a sad manilla rectangle. Maybe this is for them.

Personally I like my
food fresher, crisper, full of vibrant flavour and texture. I still like the idea of ordering food from your favourite restaurant and there are quite a few places in Brighton that do it so well. I'm not even against the occasional burger and satisfy my craving at Burger Brothers, MeatLiquor or Coggings and Co.

So yes, maybe SmoQue Grill were rated based on the practical side of the takeaway and tick the delivery speed, efficiency and Food Hygiene Rating score boxes (all important) but for me they missed the mark with the food (most important).