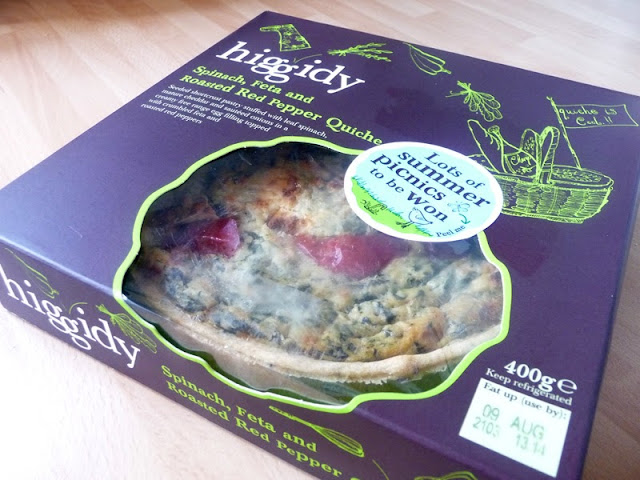 Ha! Gotcha - it's in a packet from the supermarket! BUT these pies from Higgidy are made (by real people with real hands and everything) down the road from me in Shoreham. Mentally it felt like I was eating any other local bakery product. And the packaging design and branding is rather nice innit? Created by food design specialists Ziggurat Brands, they have used every fold, flap and side, with really sweet messaging "hidden" on the inside. These are accompanied by Quentin Blake-esque illustrations, really making the product ping out from the dreary ready-mades on the shelf. 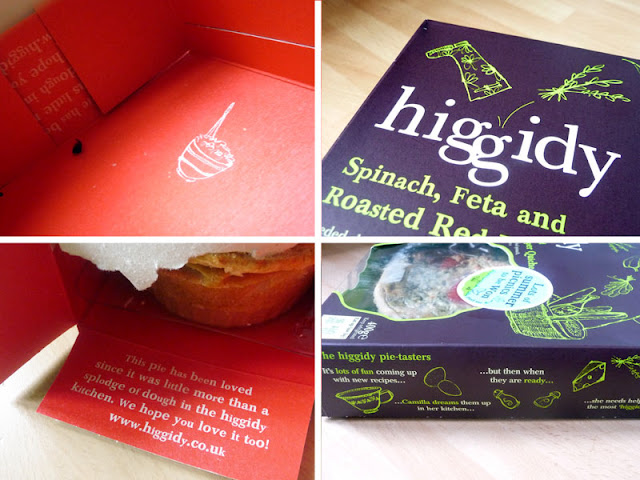 Now, I’ll put this out there upfront. Apart from my mother’s Easter pie, I am not a pie person. I tend to find something rather deceitful about them, using their hip expanding pastry to cover up inferior quality or questionable fillings. Hey, I just like to know what I’m putting in my mouth. But really, I’ve been disappointed in pies, despite glossy, glistening and golden crusts, fillings are too often too dry, soggy, undercooked. It’s not really my bag which is why I was a little uncertain about accepting to try out a few Higgidy Pies.

But like their packaging, the product is very different too. Full of lovely little touches like poppy seeds in the quiche crust and crumble toppings to add an additional textural and taste dimension. 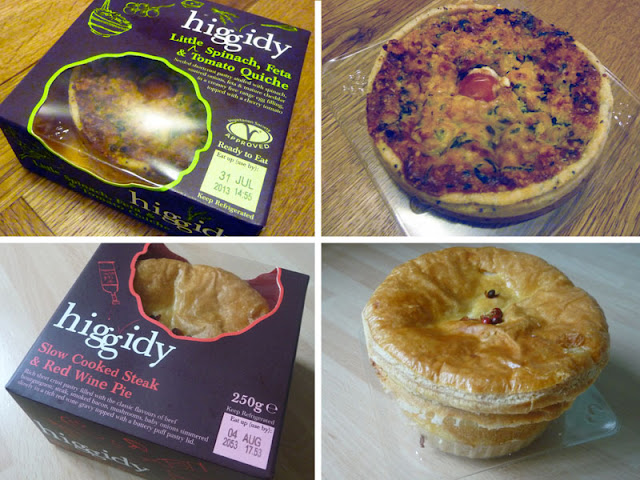 First up was the rather proud Slow Cooked Steak & Red Wine Pie. Pie-starved King of Stodge, Mr Graphic Foodie, almost cried when he saw this on his plate for dinner. So up his street  it was. The filling was beautifully rich, the meat succulent with no gristle or fatty cuts and the gravy thick. The bits of bacon really added to the flavour of the pie. The pastry was pretty good. In a blind taste I would probably still spot this as the packaged item, but it was very buttery and made for a darn good Monday dinner.

Next was a "Little" (single portion) Spinach, Feta & Tomato Quiche. This was cute. I liked the tomato crumble topping as a twist and the filling was light and fluffy, not overly cheesy and solid. It had a nice balanced flavour, with pretty much all of the ingredients distinguishable. And you know what? It tasted like a home style quiche, but good – luckily not auntie Flo's soggy base home-style. 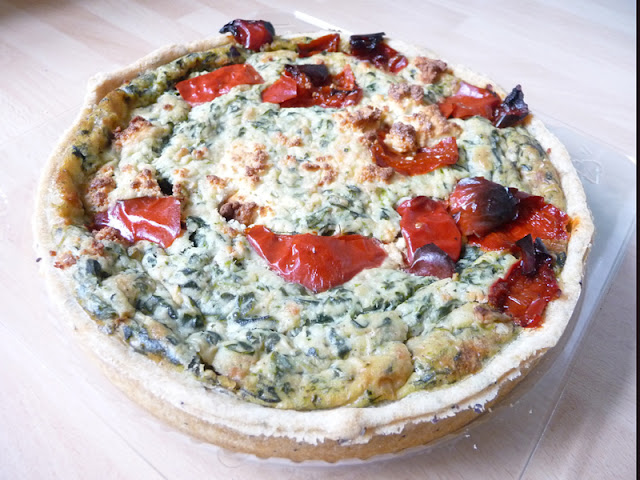 So weird that the large Spinach, Feta, and Roasted Red Pepper Quiche was quite different as I assumed it was a larger verion of the quiche above. The pastry was identical but the ingredients list varied quite a bit. Although the flavour again was good, I did find this one a little claggy - far stickier and denser than it's fluffy little sister. I think this would have been better heated for me but saying that, compared to most supermarket quiches, it would still win with flying colours.

Worth noting that these pies were not the easiest things to track down. My local Co-op seemed to have the best selection with three quiches and three pies, but even the huge ASDA at the Marina (that I braved especially for this so-help-me-God) only had one pie and one quiche. Waitrose apparently have a decent stock.

Whilst I will never understand the need to purchase pasta sauces, sliced vegetables or pre-packed mashed potato, quiches and pies are laborious and time consuming beasts. So if you had a hankering, a last minute picnic or supermarket sweep dinner, then a Higgidy should hit the spot.

For the full range visit www.higgidy.co.uk