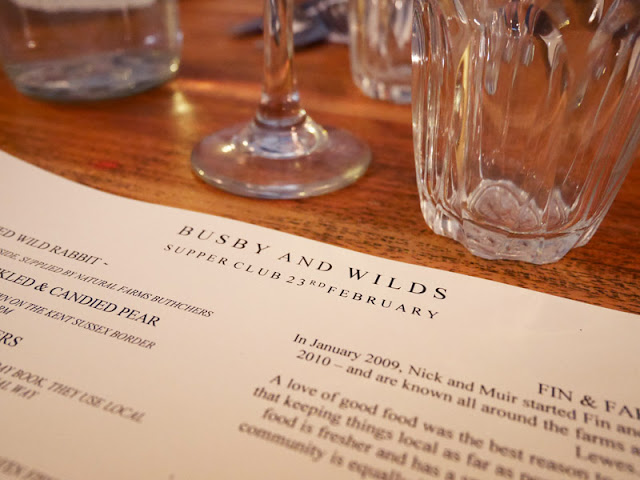 Busby And Wilds remains one of Brighton's seriously unsung heros. With their genuine passion for local produce and a consistently good standard of cooking there really should be more buzz about them.

Whilst they may be best known for their impressive Sunday Roasts, that they are always packed to the rafters for, there's more to this neighbourhood pub restaurant than their voluptuous yorkshires. And now they are adding a local and seasonal supper club menu on the last Thursday of each month. Limited to just 20 seats, the one off 4 course menu can be supplemented with carefully matched English wines (one of the best matched flights I've had actually). A nice touch was that the sourcing is clearly stated for each ingredient with a brief bio on major producers or suppliers. 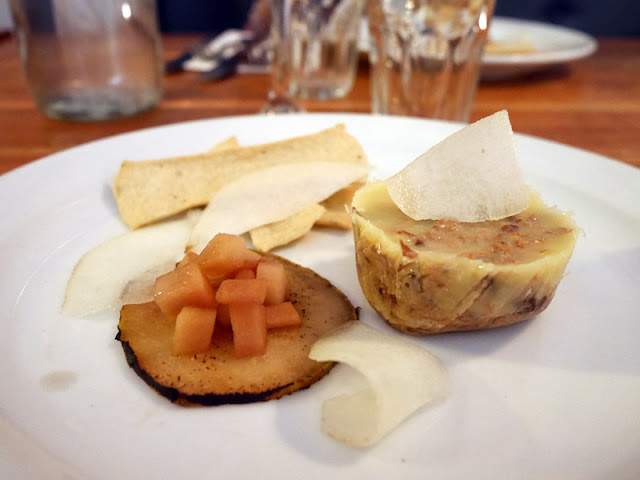 We started off with a generous portion of potted wild rabbit, caught in Sussex of course. This was served with local pears that had been either pickled or candied and some handmade Shipton Mill crackers. The acidity of the pears really cut through the earthy, succulent rabbit and a nice detail that the pears had been treated a few different ways. 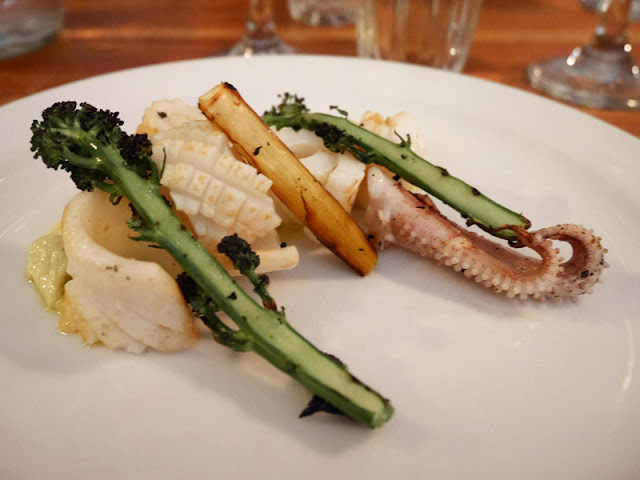 We followed with the most tender squid I've had in a while which had been caught just off Beachy Head. Again a play of contrast to the sweetness of the squid was some purple sprouting broccoli and baby leeks that had been given a gorgeous char. The silky leek and hemp oil emulsion was all that was needed to unify the plate perfectly. (Even the hemp oil had been grown in Arundel - who knew?) 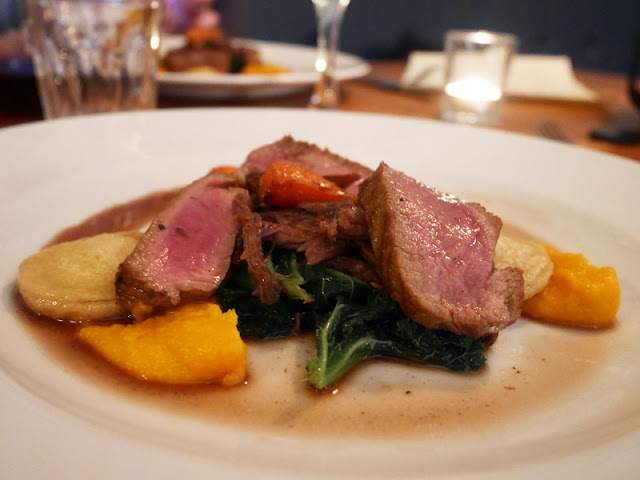 The meat course was Busby And Wilds' style all over. The South Downs Lamb Loin was beautifully pink served with minted sheep's ricotta potato dumplings. Mint is a natural partner for the lamb but unexpected to have it in this form and a welcome break from potato. Carrot puree had been given a little kick with some Downlands Brewery Amber Ale and the whole dish was a lovely, lovely thing to eat. Chapel Down Union Red was a stunning choice with the course, really toasted and fruity. 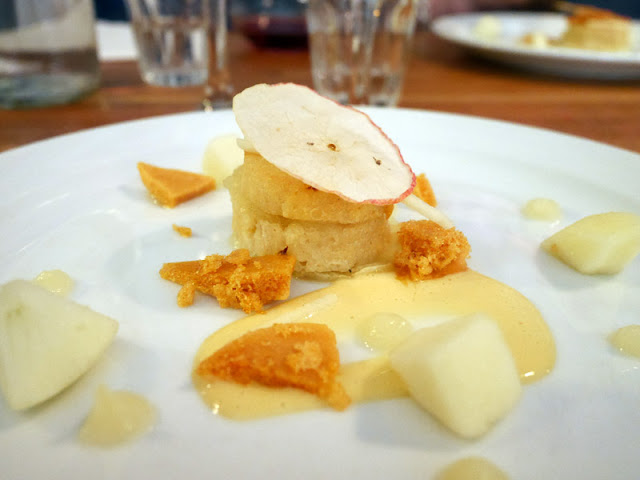 The meal so far was faultless and the dessert read so well but sadly didn't hit the mark. A shame as I think I had one of the best desserts in my life here previously! But sticking to the brief of local and seasonal was clearly a bit tricky at this time of year. The honey and goat's milk bread pudding was a bit bland, and the honeycomb, made with honey rather than sugar, too sticky to comfortably eat. Emily brought it right back by pairing it with an incredible gin, infused with quince and a rare variety of plum which was delicious in itself.

Supper clubs are great fun. I've been to quite a few now, all in various settings and formats and I generally meet some really interesting people to get engrossed in conversation with. Tonight was a table of locals, including one lady who meticulously gardens a little public piece of land that I have admired for a few years, another whose vintage sports car I see all the time in the area. I sometimes end up going to these on my own and don't feel any awkwardness, but then I'm one of these weirdoes that doesn't mind dining alone either!

The environment here is really lovely. I get really flummoxed by the term "smart casual" (what the hell does that even mean?) But somehow, that's exactly how they have pitched the decor. It feels special enough for a dinner date, yet perfectly at ease for a casual bite on a weeknight. Go figure. Also worth noting is the garden, which is a nice spot on a sunny day, one of the few in the area too.

Their location, on the Eastern side of Kemptown, is maybe a factor of why they sometimes get overlooked but Busby And Wilds is a destination eatery seriously worth travelling for.

The Busby And Wilds Supper Club runs on the last Thursday of the month. £35 for 4 courses / £55 with matched wines. 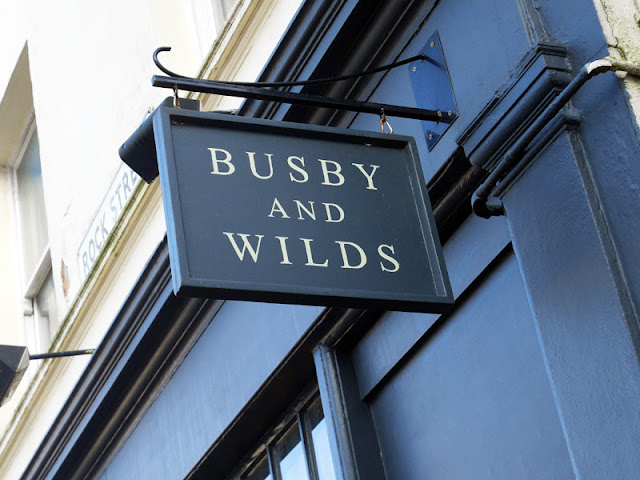