Action Against Hunger Too Many Critics Dinner, Brighton 2017 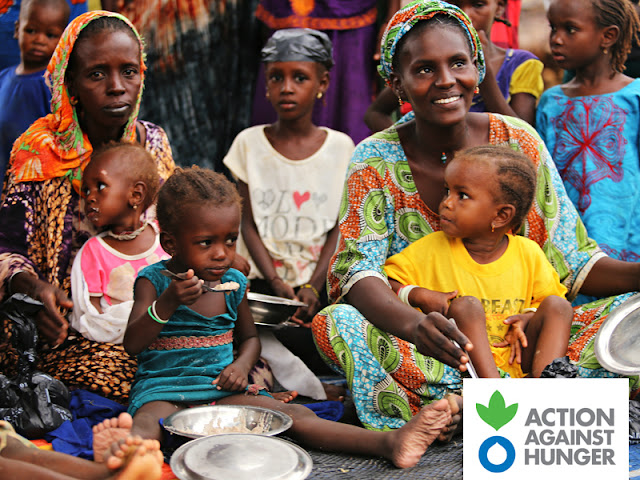 A little while back Dan from The Set Restaurant asked me if I'd cook for a charity event at the restaurant. My inability to say no (to anything - seriously, I have issues) had me agreeing before I could process what exactly I was getting myself into. Turns out it was for the Too Many Critics dinner which is an annual event in aid of Action Against Hunger - the charity who save the lives of malnourished children. Since having kids of my own, it pangs me even harder to see any child suffering, particularly for a basic need most of us have the luxury of taking for granted on a daily basis. So it's an absolute pleasure to be involved in raising money for such a worthy cause.

The dinner involves six food critics, writers and bloggers to each cook a course for a room full of acclaimed chefs who will be judging us for a change. Feeling the heat in the kitchen with me is Andy Lynes, Tom Flint (Food Booze Reviews), Euan MacDonald, Rosie Swaffer (Rosie Posie Puddings and Pies) and Eshe Brown (Foodie Eshe). Having successfully been hosted in London and Manchester, this is the first in Brighton and we'll be cooking for the local chef and food industry elite; the calibre of which makes me quite uneasy!

Now I'm quite happy in my kitchen cooking for friends and family and I don't think I'm too shabby at it, but this is something else. And in a professional kitchen. And for 34 covers. I don't think my spaghetti cacio pepe is going to cut the mustard here.

What has been nice is focusing on a dish and working at it - I have the vegetable starter so have dug into my Italian heritage and crafted a dish which celebrates Radhiccio, a really underused vegetable here. Italians love bitter flavours more so this could be a room splitter but I'm hoping to make it work!

100% of proceeds, including ticket and bar sales, will be going to AAH and there will be an auction to top up the money raised. The restaurant suppliers and The Set are kindly providing the venue, sponsoring ingredients and Ridgeview, Black Down Spirits and Sheridan Cooper will be sponsoring the alcohol.


The week building up to the event (3rd April - 9th April) The Cocktail Shack will be creating an AAH themed cocktail with all 100% proceeds going to the charity so do your bit and drink up!

Anyway, I'll try and Instagram or Tweet from the event, if I'm not crying in the cupboard that is. You can follow updates via #TooManyCritics #charitycriticsbrighton


More from The Set
Co-owners of The Set, Bonner and Dan, are dedicated supporters of Action Against Hunger. As well as taking part in restaurant fundraising campaigns for the charity, Bonner has undertaken a 100km run and will be running the London Marathon in April this year. For those who can’t attend Too Many Critics but still wish to support The Set’s fundraising appeal, you can donate to their fundraising page here: https://www.justgiving.com/fundraising/The-Set-Restaurant2

More about Action Against Hunger

Action Against Hunger is a global humanitarian organisation that takes decisive action against the causes and effects of hunger. The charity works in nearly 50 countries worldwide to save the lives of malnourished children. Action Against Hunger works to ensure everyone can access clean water, food, training and healthcare, enabling entire communities to be free from hunger.

Action Against Hunger is recognised as one of the leading charities to support within the UK food and drinks industry, and the charity has worked with restaurants, chefs and food brands for over 18 years. Hundreds of restaurants across the UK take part in the annual fundraising campaign ‘Love Food Give Food’ in September and October, where restaurants invite their diners to make a £1 voluntary contribution with their bill.

You can also find out more and donate direct via www.actionagainsthunger.org.uk.