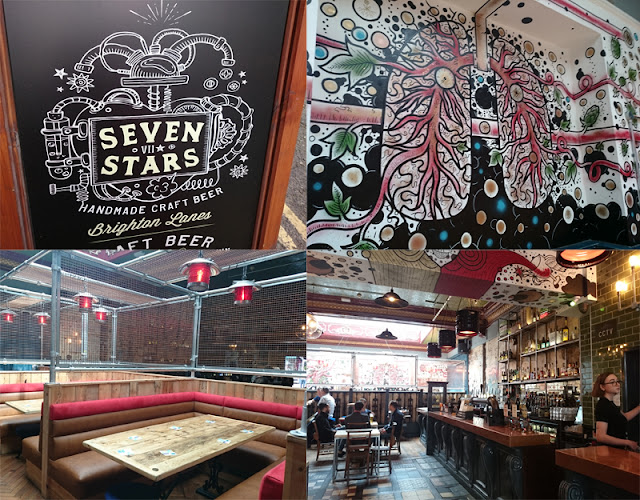 I discovered Little Blue Smokehouse's food at Street Diner and I thought they were great with their pulled pork and brisket filled rolls, making pretty much everything from scratch from the sauces to the pickles. They cure, brine, dry rub and smoke, going the extra mile for their food and I tip my hat to them for it.

And as it turns out their food translates very well into the pub environment unlike some street food which should remain firmly kerb side. Pint of beer and squidball? No ta.

I know I don't often eat or post about pub food but honestly this is one of the most exciting menus I've seen recently, restaurant or not. It's full of everything you really want to eat; smoked confit duck hash, pulled pork rolls, brisket chilli, mac and cheese bites with bacon jam, smoked fish chowder and even the bread comes with BBQ butter and BBQ gravy dripping. Clearly a lot of time and love has gone into crafting this menu.

Little Blue Smokehouse transforms meat cuts (as well as fish and vegetables) into something richer, stickier, succulent and intense through their processes. This is dig in, filthily good food and the depth of flavour is fantastic.

Here is a picture of the smoked and beer braised ox cheeks which we should all pause and admire for a few moments: 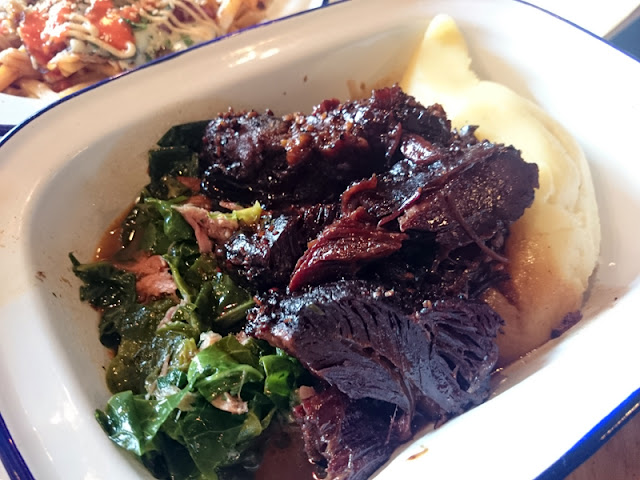 As you can imagine, these melted away under the fork and I loved the ham hock greens to accompany them which were almost as good as the cheeks. The silky mash was decent restaurant level too. Bring on the snow this winter because as soon as I see the first flake, I'm racing down for this again. 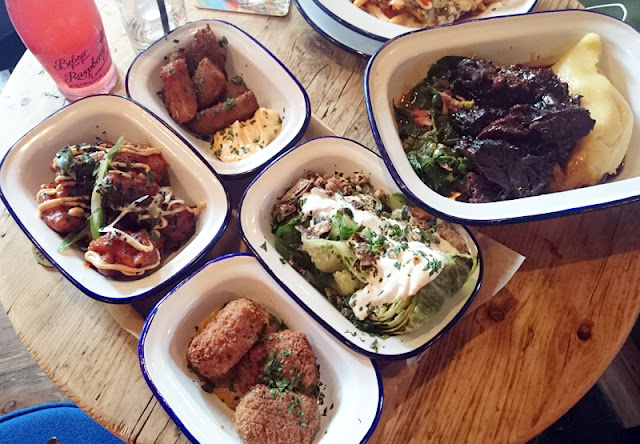 Kimchi has been a really popular trend lately and these fries would make good beer munchies alone. They also had an unexpected sweetened soy sauce under them which I hadn't seen before and worked really well. 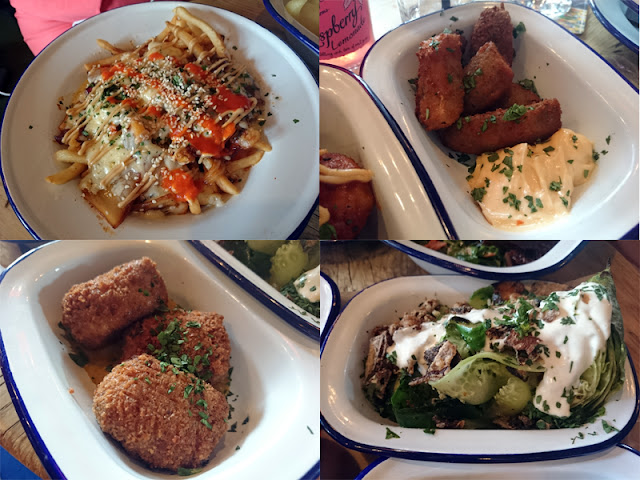 We also tried some of the smaller dishes; deep fried pickles with chipotle aioli, sticky Korean chicken wings and a really good charred wedge salad, made theirs with buttermilk ranch dressing and crispy smoked onions. It's good they have given diners and drinkers the option to pick and mix or snack from the small plates or have a filling meal with an all day pub menu.

Stand out was the smoked pigs head fritters, tender to the bite and not as grizzly as you may expect. The accompanyng piccalilli was the perfectly sharp contrast to the mellow smoke. I think this could prove to be one of their signature dishes actually. I also appreciated that each dish owned their own sauces. So many lazy pub foods come served with a utilitarian dipping pot of something, so if you go down the small plate route then it all feels very mediocre.

The food is matched well by the pub's selection of craft beer but you could wash down this hearty food with some quite delicate cocktails, made with their own infused Sipsmith gin. We tried the Melotini which was fresh and feminine and probably quite a hilarious choice for the bolshy food but beer drinker I will never be.

The Seven Stars is yet another renovation from Indigo pub group who are seemingly taking over every pub in Brighton. They do have a winning formula though and are attracting some very good kitchen takeovers (some not so good!) but it is a shame to see some individuality being stripped from our local boozers. Personally, I'm not sure how much I want to see MeatLiquoresque caged booths and graffiti in a pub, but that's just me.

There's some pretty mad ideas in pub dining at the moment but LBS have made their menu interesting and enticing without resorting to weird concepts or tacky presentation. An absolute must try. 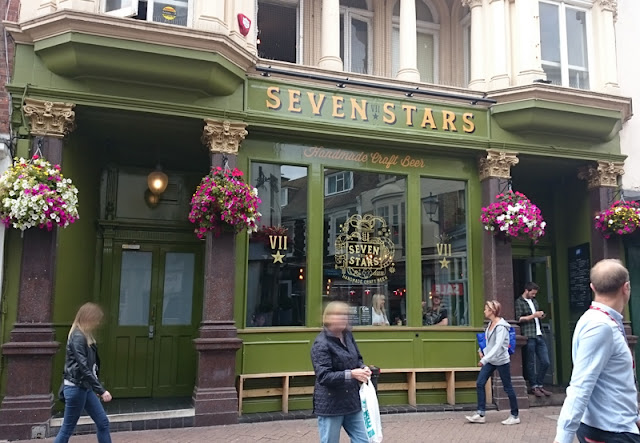 I was invited to review. Words and thoughts, as always, are my own.
Tweet