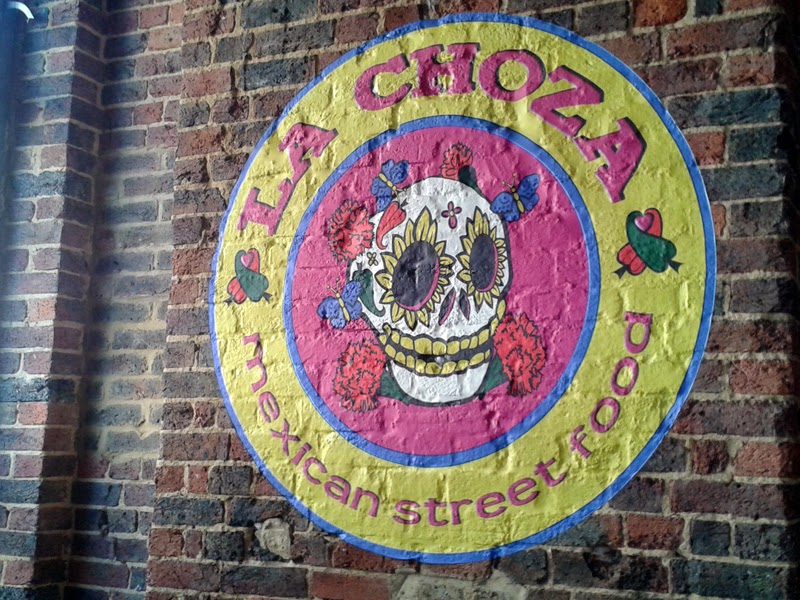 It's been so long since I visited La Choza, the people who brought the sort of Mexican food I actually want to eat to Brighton. Formally, the offering was absolutely terrible and you'd only go for a stodgy tex-mex stomach liner prior to your big night out.

But up rocked La Choza in all of its shocking pink glory and we loved it.  The food was fresher, the flavours vibrant and the environment was fun. Service was a bit hit and miss and quite slow though and the last few times I tried to fit in a visit during a work lunch, my food would turn up an indigestion inducing 10 minutes before I had to rush back to my desk. 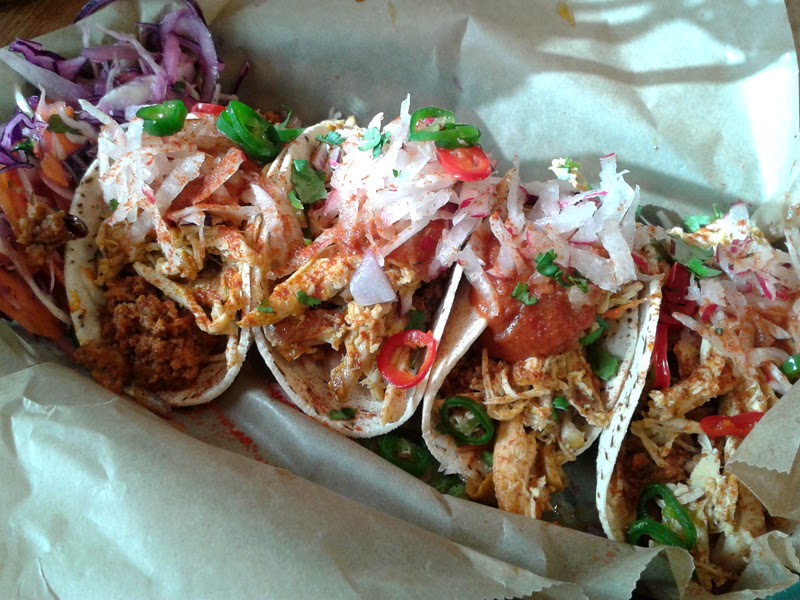 My standard order was always the burrito with 14-hour pulled pork and hot sauce. A feed and a half. But time to diversify, so I chose the soft corn taco’s with chicken and their homemade chorizo. This was a lighter, fresher choice and I was very pleased with it. There was plenty of crunch from the shredded radish and the chicken was juicy and packed with flavour. The house chorizo was crumbled and spiced beautifully, probably very different in texture to what most would expect from it. I'm also a total chilli head so appreciated all of the fresh slices over it as well as the crunchy side salad. 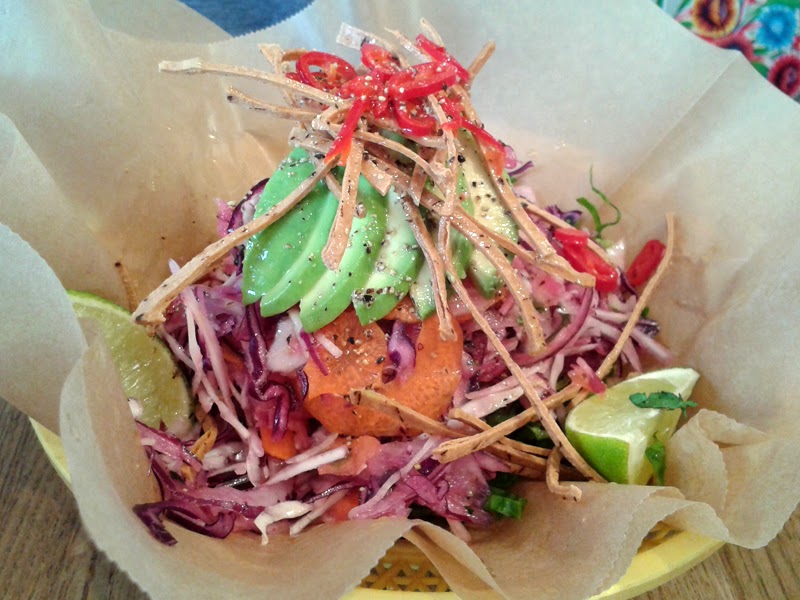 My friend had the awesome street food salad which is a citrus and heat heavy with plenty of crunch and interest. There are also some pretty good specials to look out for like mackerel, seabass, mutton, goat and even cactus.

We did make an almost embarrassing point of needing our order within the hour and food arrived with a good leisurely half hour to enjoy. The staff were particularly lovely that day actually, engaging and fun.

A few days later I popped over to the Hare and Hounds which houses the La Choza pop up kitchen. This time I went for their burrito bowl which was layered with refried beans, green rice, cheese and sour cream. I topped this with the slow cooked beef. 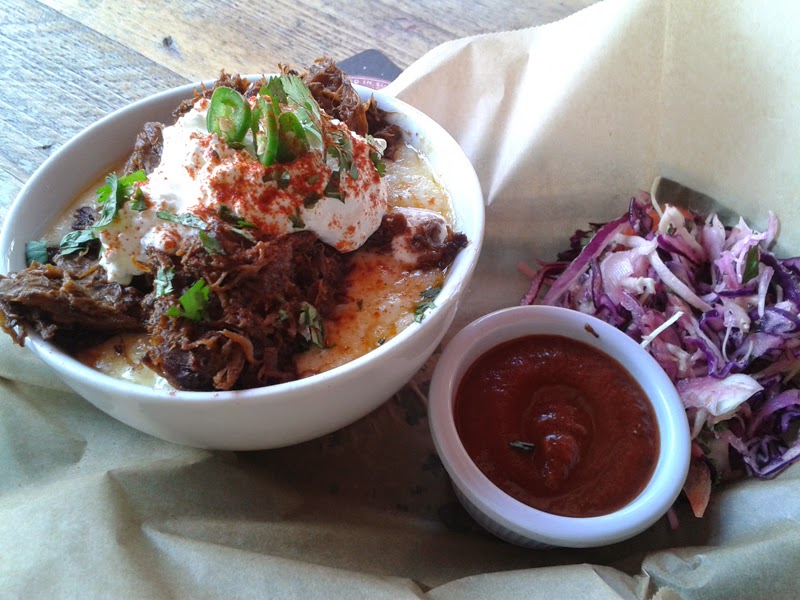 This time the food turned up almost alarmingly quickly. I think I managed to pay, take a photo of the sign and sat down as the first of the plates turned up. I was less enamoured with the burrito bowl here, just mainly for the fact that the cheese had been melted into a congealed, greasy single layer which acted as a lid to the rest of the ingredients underneath. I imagine Mr. Microwave was at play here. Shame as the rest was good. The meats seem to be what La Choza really pin down well, the beef had a lot of spice, not just from gratuitous heat, but with subtle undertones of mellow spice and herbs.

We also ordered a bowl of nachos which I imagine go down a treat with the drinkers in the pub at munchie o'clock.

I'm glad I remembered how much I like La Choza. Although I may stick to the original venue (but eating in pubs is not really my thing and hell, the restaurant looks like a joyous fluro pinata on overdrive - I love it), the food is sunny, uplifting and invigorating. I sure won't be leaving it so long until my next trip.