And it's not everyday you come home to a bag of them you have to taste test (poor me eh!). On unwrapping them from their plain brown bags, it was clear there were five very different pies.

Because you eat with your eyes too, they have been rated on their appearance and then blind tasted after. I said I would never be blindfolded again when eating food after the worst PR event of my life earlier this year, but hey, in the safety of your own home... 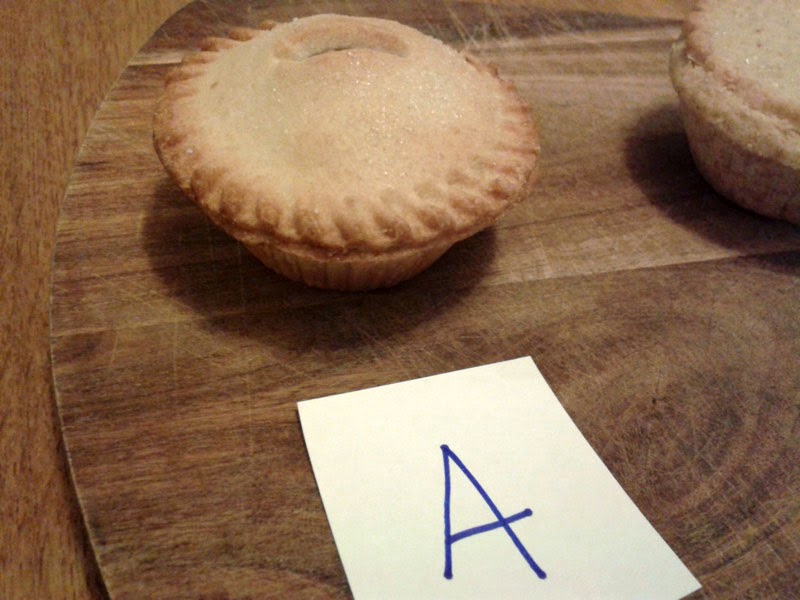 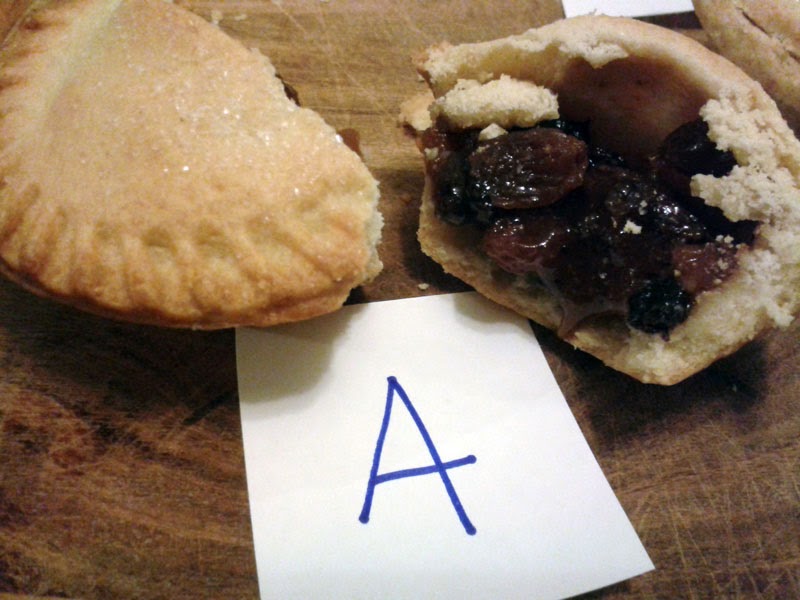 Appearance
This is clearly a tin foil case mass produced pie but of a better quality than most I would say. Quite attractive top and crimping. Mincemeat was reasonably full although there was a little gap at the top.
Blind taste
The pastry has a shop bought flavour and texture. The mincemeat is juicy, well spiced and nicely textured. The overall pie is a little sugary though.
Rating
7/10 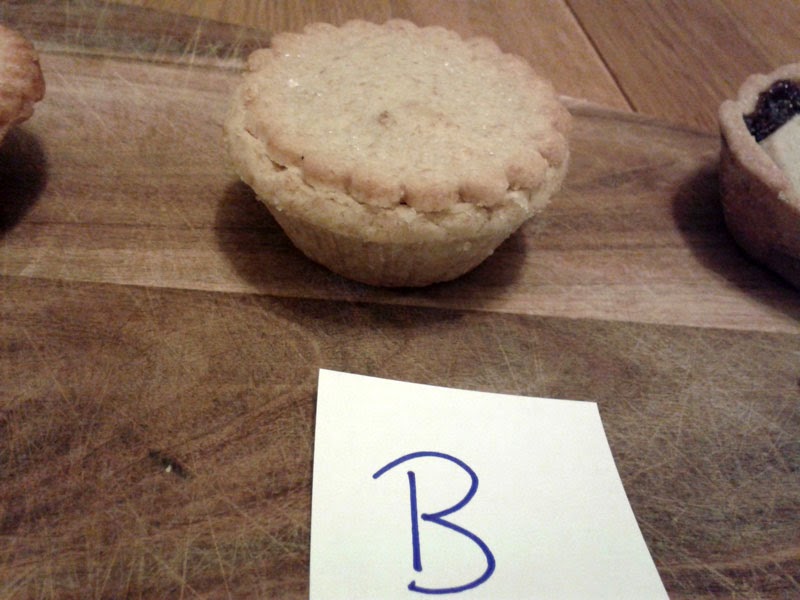 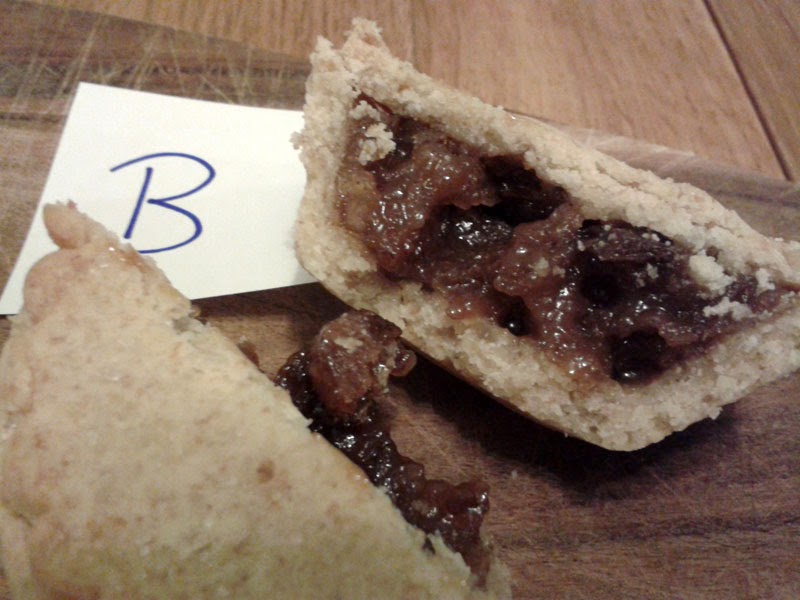 Appearance
These look homemade, old fashioned and the thick pastry seems to be partially wholewheat.
Blind taste
These are not too sweet which is good and the pastry has an appealing crumble. But the filling is quite wet and there is a horrible synthetic oil taste which runs through the mincemeat.
Rating
5/10 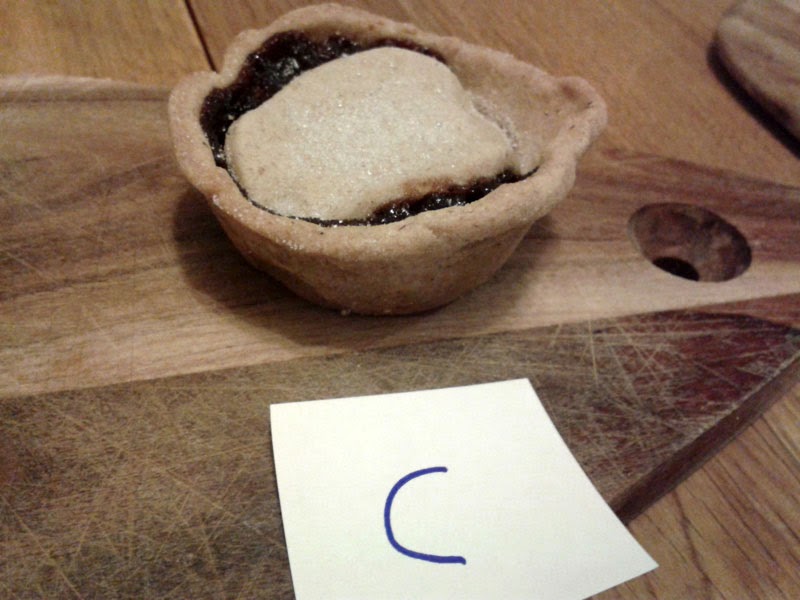 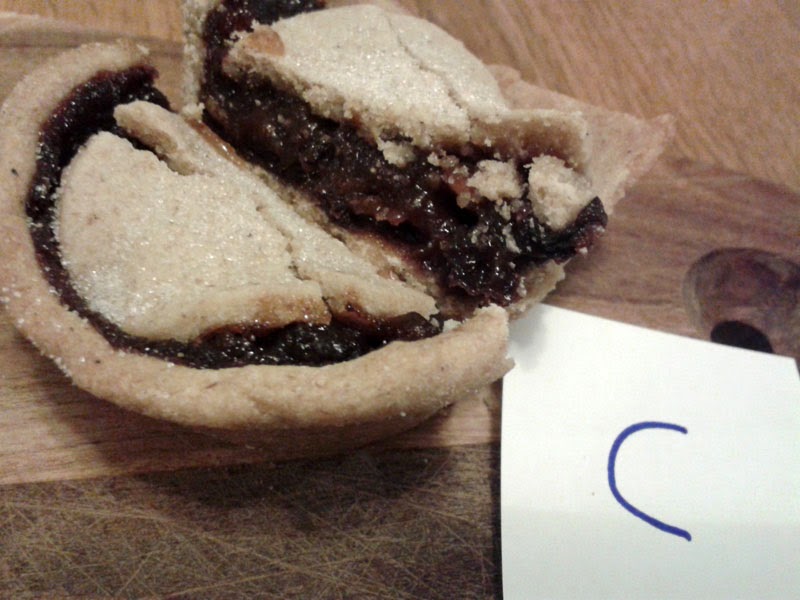 Appearance
Nice thickness to the pastry, not too thick or thin and very quaint. A Charles Dickens looking mince pie if that makes any sense at all!
Blind taste
Pastry was crisp and very flavourful. The mincemeat has a nice punch of citrus and a very unique malty taste. A pie with character; grown up but maybe not for everyone as it didn't deliver a sugar hit.
Rating
9/10 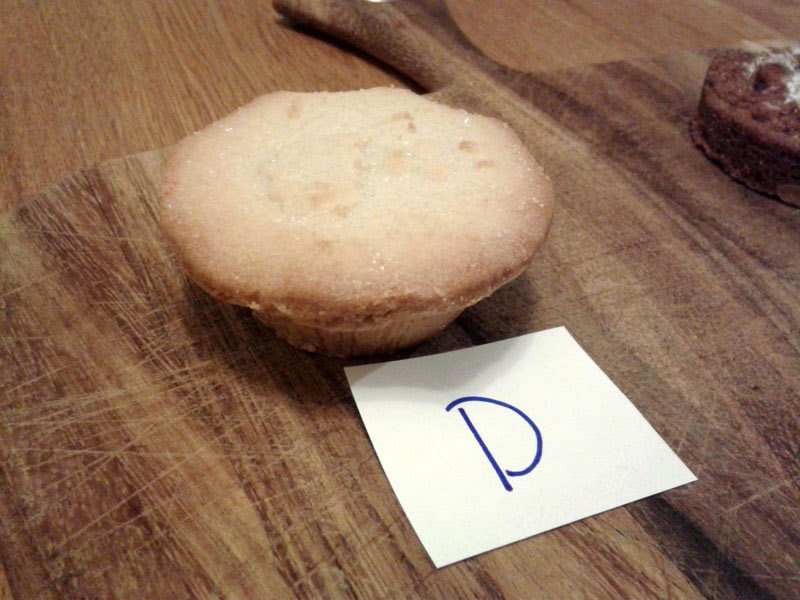 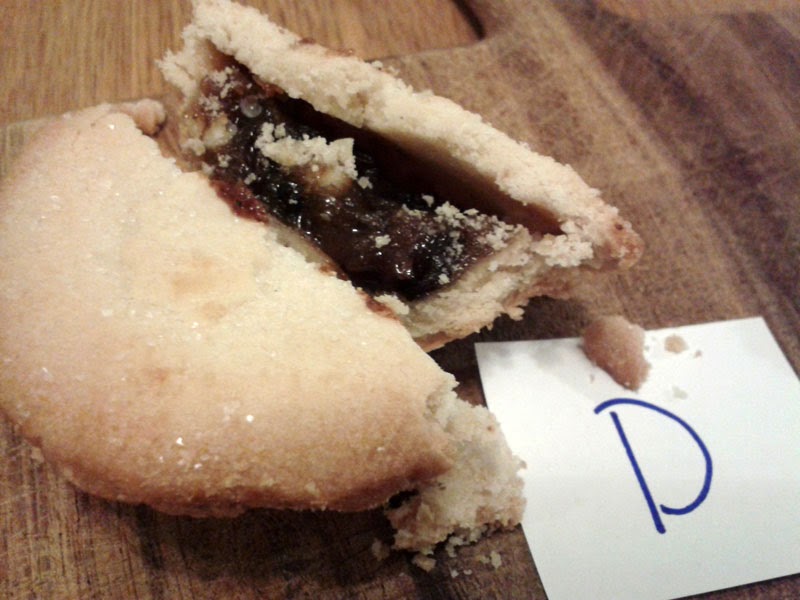 Appearance
"Exceedingly" commercial in appearance, with the holly debossed lid.
Blind taste
Horrible, horrible, horrible pastry. Disintegrates on biting to a powdery mush which sticks to the roof of your mouth. Sugary and sticky and just disgusting. Money is that this is a Kipling or own-brand budget pie. Rankety rank, cheque book and pen.
Rating
0/10 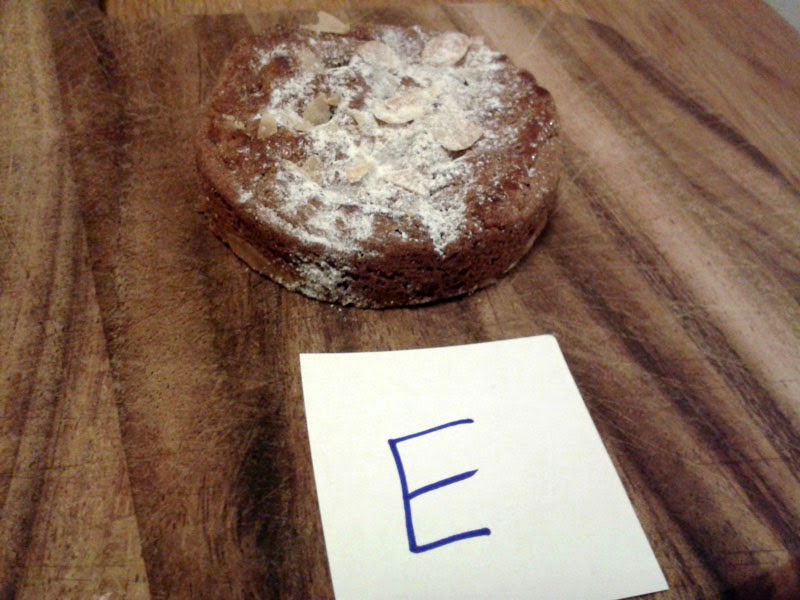 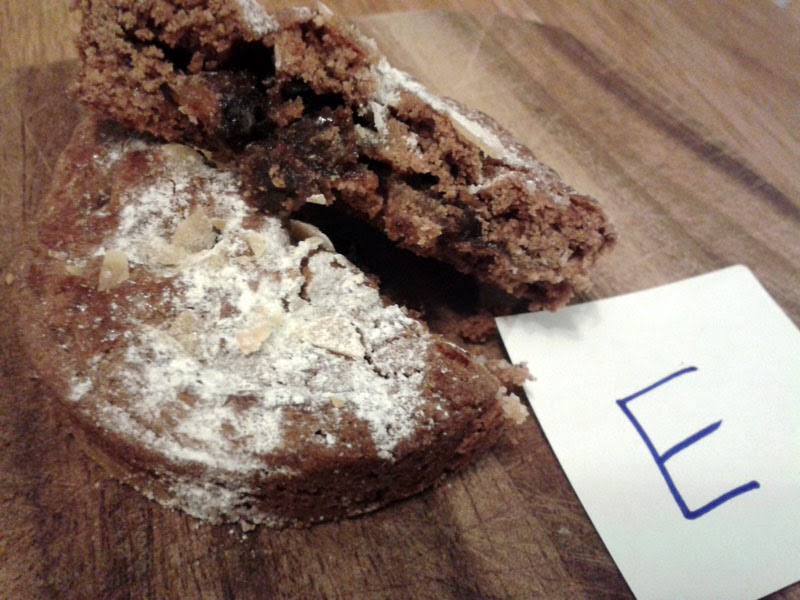 Appearance
Not a mince pie as we know it. A reinvented format that will either be a revelation or a gimmick. There was no pastry and filling, more of a cake brownie. Money on the fact that this is a Heston for Waitrose pie.
Blind taste
Overwhelming cinnamon spice to these and after that hit they are not unappealing, just a bit quite one dimensional and bland. No juice or texture to them really. Meh.
Rating
6/10

I later found out the results.

Obviously this isn't an extensive list. It was The Hearth in Lewes that dropped these off actually, I suppose to prove a point that their Heritage mince pies are up there with the best, but you would expect that. They are made by skilled hands using heritage flours with a splash of the local Harveys Christmas Ale in the mince meat. Then baked in a wood oven for goodness sake! Blindfold or not, of course they are going to taste better than a mass produced pie, although I had higher hopes for the Heston pie.

I would have like to have tried pies from Fortnum & Mason or Harrods as well as all of the supermarket brands and maybe a few more niche brands too. I have an account handler that positively swears by Forfars pies! Everyone has an opinion on mince pies so which are your favourites to leave out for Santa this year?
Tweet