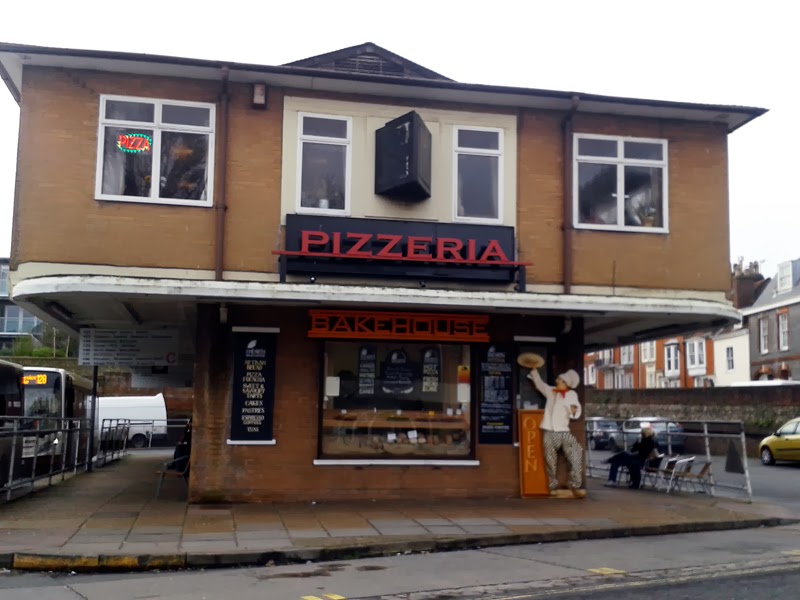 I like a man who puts his money where his mouth is. My weekly (daily? hourly?) Twitter moan ups about crap pizza in Brighton caught the attention of Artisan baker Michael Hanson who simply just invited me along to his pizzeria to show me (and my household baker, Mr GF) how it's supposed to be done. 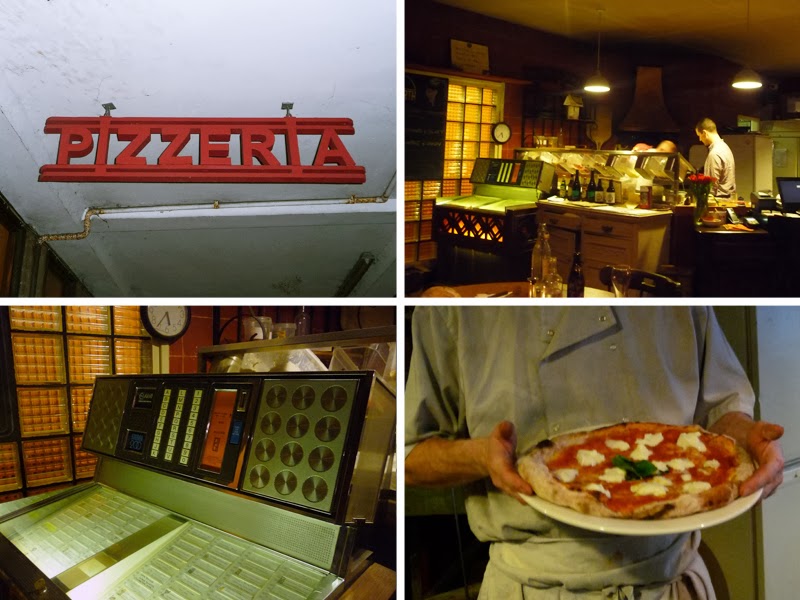 A 3rd generation baker, he's personally got 40 odd years experience under his apron and also teaches to both keen domestic and commercial bakers. He's worked at Franco Manca and can call Dan Lepard up for his tequilamisu recipe. Having operated a mobile pizzeria at festivals, The Hearth has found a permanent home, surprisingly, above Lewes' bus depot in a former greasy spoon cafe. 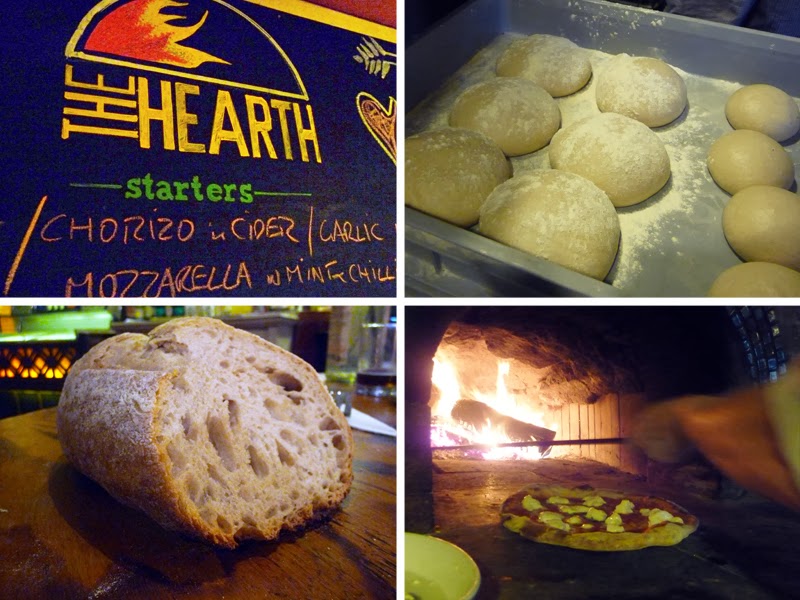 We were taken through every detail of the dough and the crafting of the pizza here. Mr GF was even kitted out and put to work as this isn't a spectator sport. You can only learn about dough by touch after all. I thought this would have been a post about the crafting of the pizza but it's not going to be (although I can see why Michael is a great teacher and we've taken on some sound advice on our own baking journey). It's about eating. 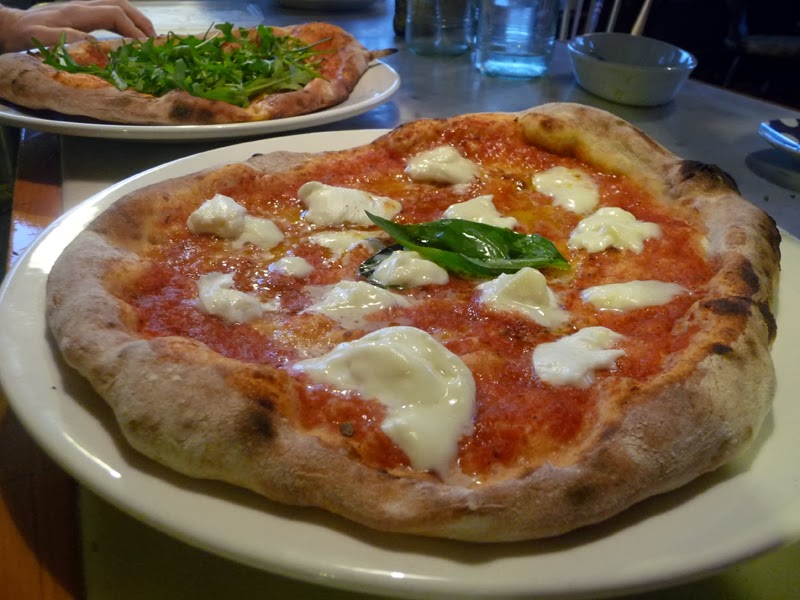 Shall we talk about the pizza itself? By shaping the pizza dough with your fingertips (no tourist-pleasing tossing or rolling here), the correct cornicione, which is the thicker lip or ridge around the perimeter of a stretched base, you get the best of both worlds; a thin, yet not flaccid base and an airy, chewy crust. The pizza does the job of holding up the topping well (too thin is such a pet hate) and the crust is divine, more so if you order the tiny tray of homemade dipping sauces. The pizza also comes with all the benefits of being cooked in a wood oven, the charry tasty base, the delicious black spots on the ridge. The topping choice is varied enough but sensible, you can go simple like their signature Holy Grail with tomato and creamy buffalo mozzarella or their Dalai Lama "one with everything". The proportion of sauce, topping (and most importantly, cheese) was spot on. Basically, it's the authentic pizza I have been searching for and believe me, I've kissed a lot of frogs to get here. 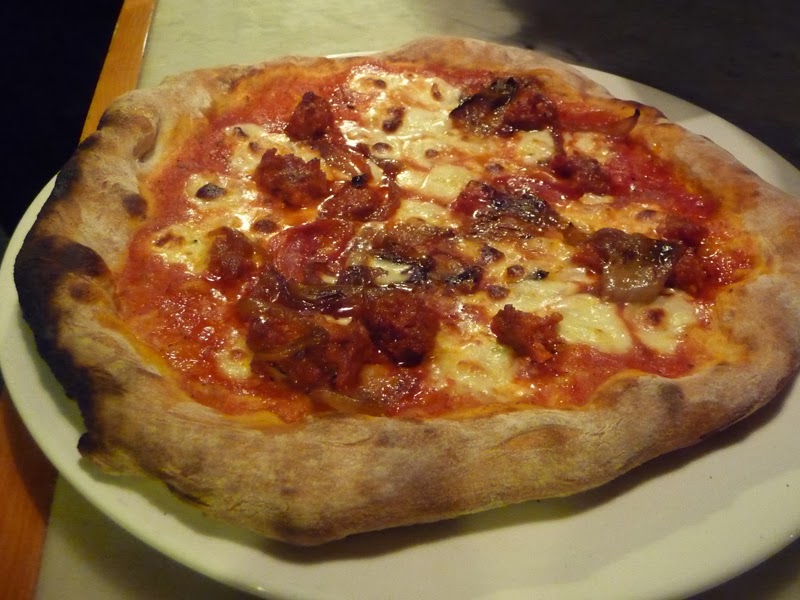 Although the pizza is the main event, there are also chichetti, breads and desserts (including the tequilamisu) to supplement your meal. Local produce also features, the ales (of course) and even the dough starter contains some of the town brewer's (Harvey's) Barm. 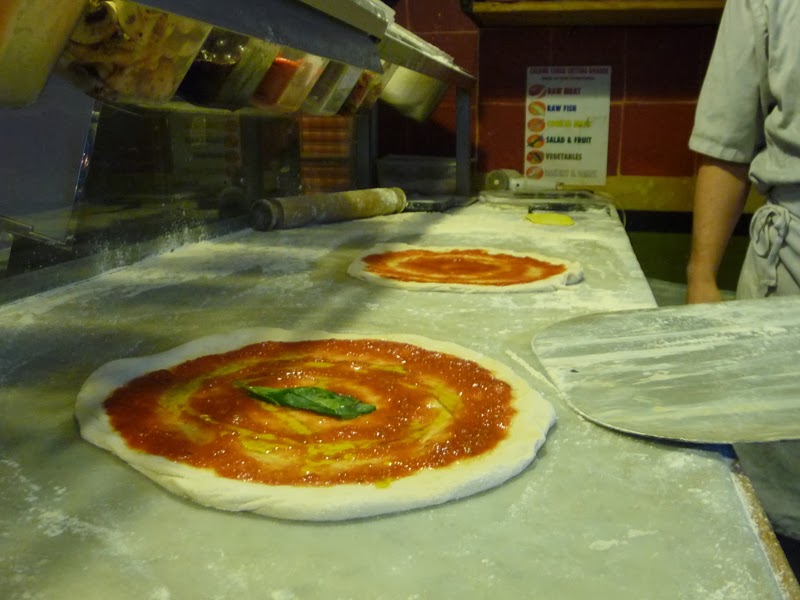 The bus station is an ideal, if quirky location for the pizzeria. Even the downstairs kiosk has been transformed into a shop selling their truly Artisan breads (cooked in the falling heat of the wood oven) and coffee and cake hatch. I have a real thing for the classic Formica surfaced cafes, always shunning restaurants in London for a visit to E. Pelllici or the (now sadly closed) New Piccadilly. The main restaurant at The Hearth still retains a lot of the feel of its former owner, in a good way, lingering in the crackled tiles in the bathroom and the ghost lettering on the windows from the removed vinyl signage. At the end of the day, pizza is a poor man's dish, simply peasant food and it feels right to be eating it in a more rustic environment rather than some glossy fit-out. It's the sort of casual, homely place you would find yourself eating pizza in Italy.

Whilst an afternoon playing with pizza and a wood oven was fun, the best part was seeing a small, personal business staffed by people thriving on passion and respect for their product. Dough is a living, breathing thing that is only a success on the plate after expert preparation and handling. I guess that's my bug bear with most pizza I eat locally. It may be passable at best but often there isn't the knowledge that comes with experience and skill. Pizza can't be made by some craft beer guzzling trend-watcher that's all beard and no socks who had a brainwave to open up shop last Tuesday. Anyone can pay up for the best equipment, a shiny interior and spout on about provenance, but really none of that matters if the key ingredient of dough knowledge is missing.

And that is why, next time I get a hankering for pizza, I'll get in my car and drive 20 minutes out of Brighton to eat one above a bus station in Lewes on a school chair under charmingly charred suspended ceiling tiles.

There's heart in The Hearth.

Also, if you're serious about bread then check out Hanson's baking classes. Details on www.fromthehearth.co.uk 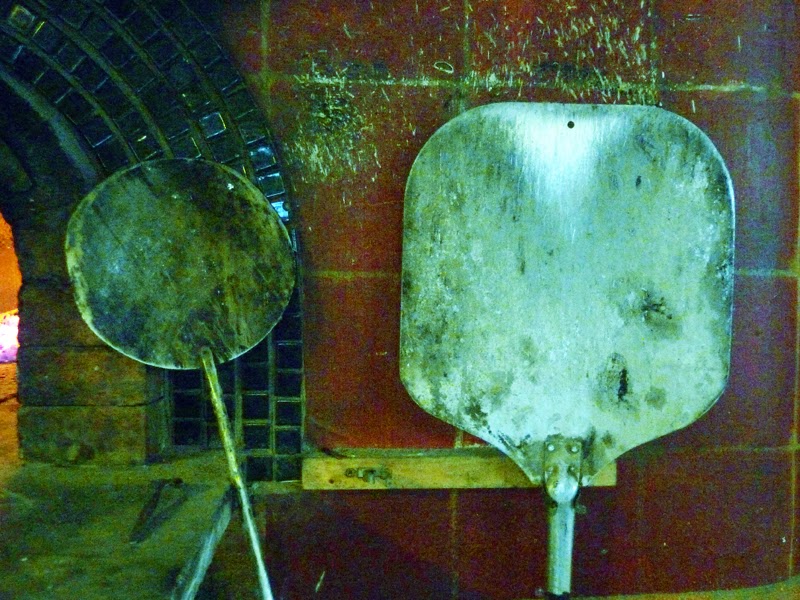 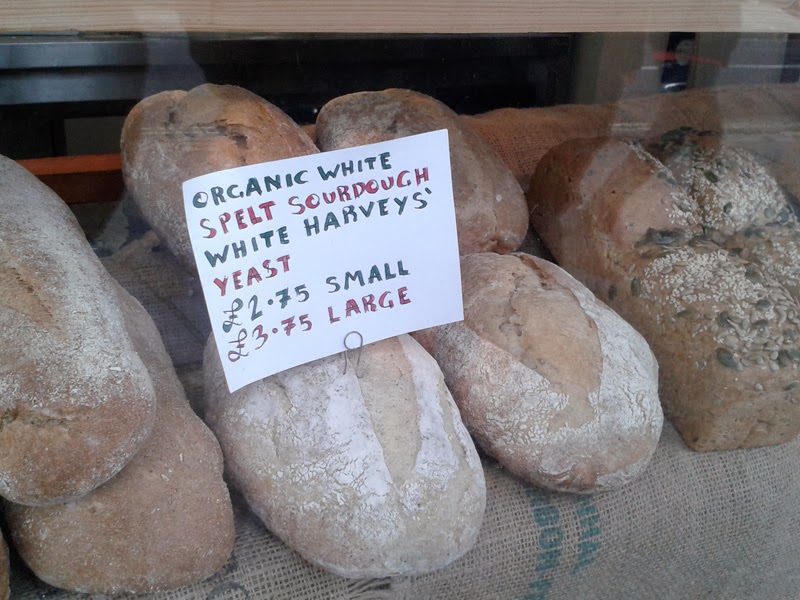