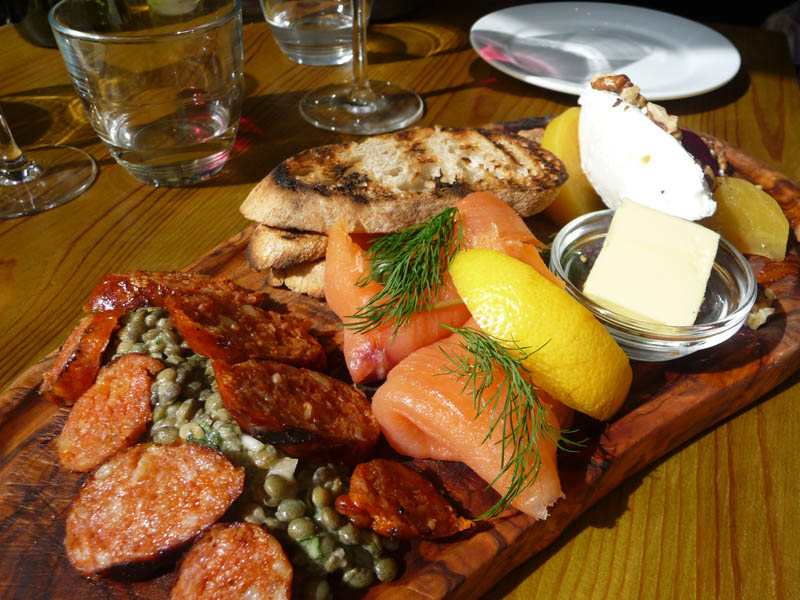 Plateau has a very good reputation in Brighton and I can't believe it has taken me this long to get here, having eaten at their more casual sister restaurant, Mange Tout, a few times. Even before we get to the French-focussed food there is a lot to like about Plateau; its intinate feel, industrial yet welcoming interior and dark and moody colours. A very stylish dining spot that doesn't try too hard.

It's worth turning up a bit ealier and making use of the small bar (or worth popping in just for that). There is a very good cockatil menu and decent list of Sussex sparkling wines to whet your whistle with. I hadn't tried any wines from the Davenport Vineyard and the Limney Blanc de Blanc was perfect to peruse the menu with.

This is a restaurant primarily for sharing, hence its namesake, but for those of you that don't/won't food share (and I know those people exist!) then main meal specials are on the board. You'll miss out though as there is plenty you'll want to try. You can either order a few of the "bites" or go for one of the "Plateau". As there were a few of us we opted for a starter each from the "bites" and a couple of the sharing platters. (Apologies for the horrid camera phone pictures which do no justice to the food.) 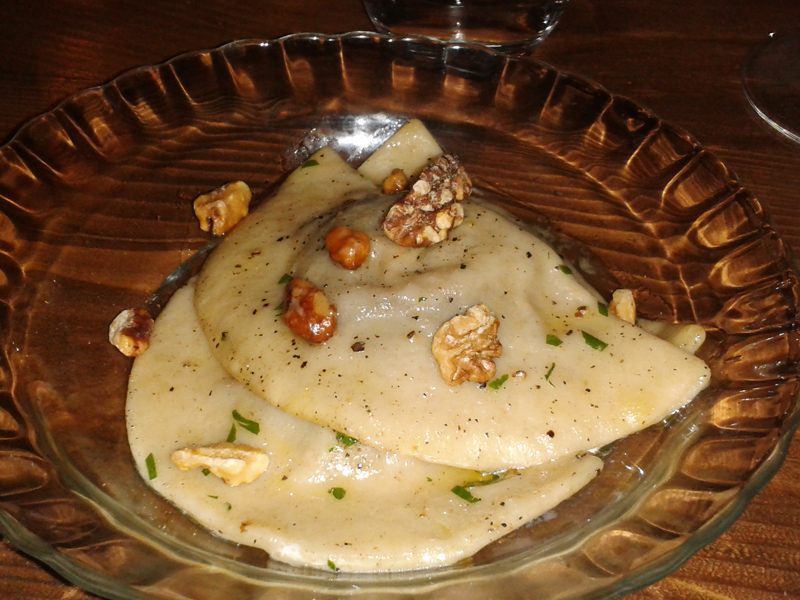 Although I rarely choose pasta when dining out, there was something about the Braised Shallot and Parmesan Ravioli £6 that called to me. The sweet, rich onion filling was wrapped in perfect pasta. It made me think differently about what I put in my filled pasta as this was so different. The light Créme Fraiche and Walnut was just enough to coat the pasta. 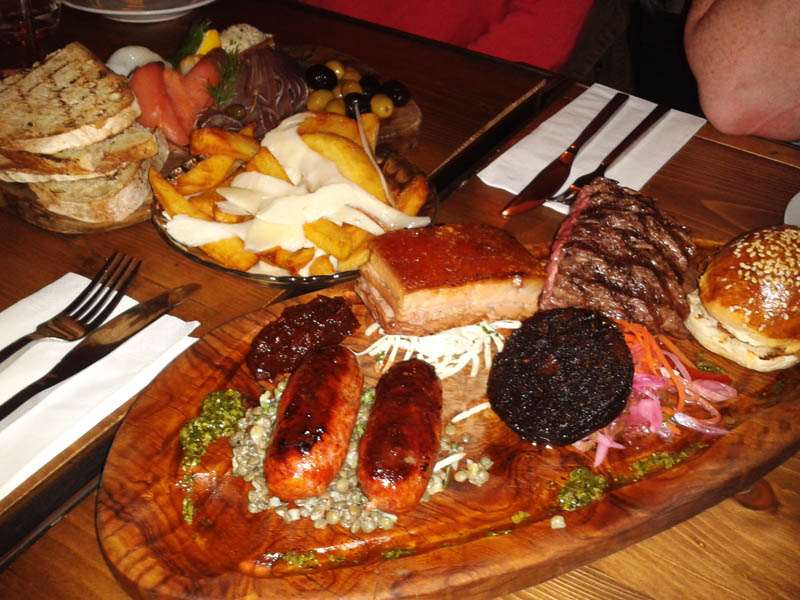 By this point I was impressed. But then the Plateau de Viandes rocked up which was a carnivores dream. At £28 it dips its toe in the pricey area but you do get a lot and the quality does justify the price tag. Essentially a refined selection of grilled meat, you get a soft, sweet piece of bavette steak, a couple of sausages, the best pork belly you will ever try, a little burger with succulent pulled pork and a thick slice of their home-made Boudin Noir, essentially black pudding. The accompanying lentils, garnishes and chutneys were perfect as well as the side of truffled fries with shavings of Pecorino (my favourite cheese ever) £4.50.

We also ordered a Plateau de Poissons Fumés, £15, which would make a great shared lunch for two with a bottle of wine in itself. We didn't get through all this as there was a generous portion each of smoked tuna loin (new to me), halibut and salmon with a mackerel paté served with decent toasted bread, olives and capers. 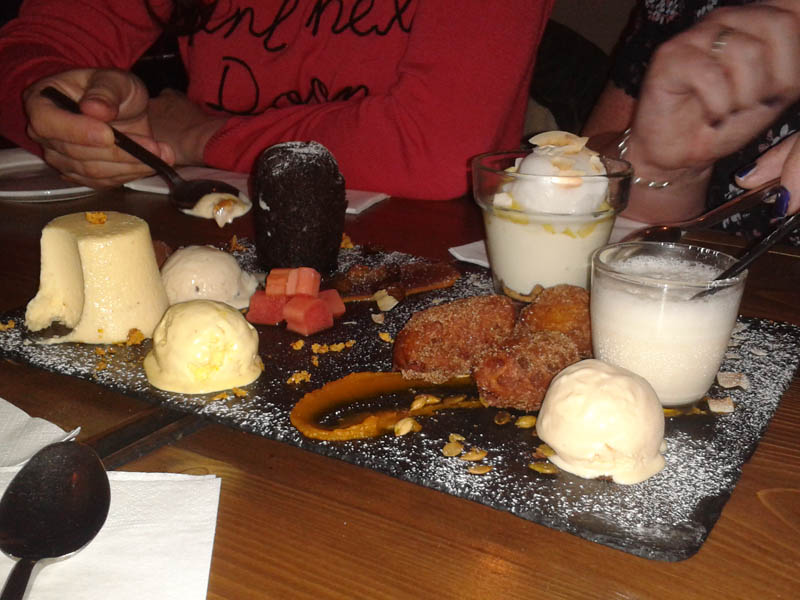 Desserts all sounded good, and in the spirit of our dinner so far, chose the Plateau Gourmand, a selection of desserts for £15. Aside from my pet hate of pointless mini milkshakes anyway, this one was served with a single straw (for a table of four?!), the rest was divine. Warm, soft little Pumpkin and Cinnamon Beignets, a delicate set Rosewater Custard with poached rhubarb, a Lime and Coconut Cheesecake with pineapple cubes served in a glass. The ice creams were as good as the desserts themselves, the booze soaked rum and raisin and the maple syrup and bacon ones particularly.

Ugly people are clearly not hired here as the gorgeous staff are all as stylishly presented as the food and really friendly to boot.

Compared with the more miss than hit experiences I've had at Mange Tout, everything about Plateau is better. It is more expensive but with everything considered, is far better value for money and one of the better restaurants in the city.

I liked it so much I went back a few days later for lunch. 3 "bites" (smoked salmon, chorizo with lentils and goat's curd with beetroot) came to about £12 (shown at top of post). Sling in a basket of bread and a couple of glasses of good red wine made for a perfect meal.

On a side note, this is one of those small details that I can't believe I haven't seen before. The total bill, total was also shown divvied up for groups and cheap-ass dates. Genius.
Tweet