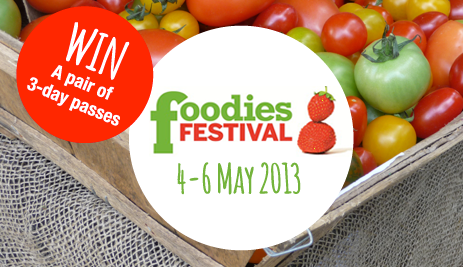 You can still use the 2-4-1 discount code though - see bottom of post.

Brighton kicks of the first of eight Foodies Festivals this year on Hove Lawns. There have been a few events there now and is pretty decent way to spend the day sipping bubbles by the sea.

I suppose what I quite like about these sorts of food festivals is that they are targeted at everyone, not just die-hard food geeks. And it's a good way of showing off talented local food businesses, chefs or restaurants to people that may not have come across them before.

Anyway, at the Brighton event there is quite a lot on. It's a decent sized site which will have;
I've already had a cuddle with one of the Two Greedy Italians and hope to get a squeeze of the other one, Gennaro Contaldo (love him!) at some point, although I'll probably be picturing him with that octopus down his Speedos which is etched on my mind from the TV series *shudder*. As well as Gennaro, a few local chefs (including Stephen Crane of Ockenden Manor, Jake Northcote Green from Yum Yum Ninja and Matt Gillan from The Pass) will be doing a spot of live cooking too.

There will be plenty for the kids too with a Children's Cookery Theatre, where they will be creating panda cupcakes and bee muffins (obviously not with real pandas and bees, that will really rile the Brighton veggie massive).

Me? Well, I'll be heading over to the City Beach for ice-cream and sand castle building with the bambino. Happy days.

Competition (now closed)
I'm giving away a pair of passes for the full 3 days worth £36. All you have to do is subscribe to this blog (if you don't already) AND do ONE of the following; 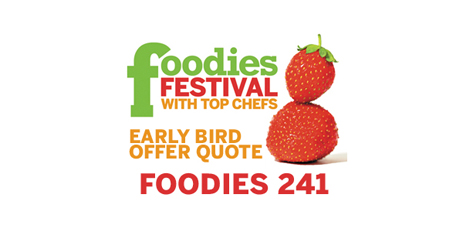 And the winner is Malcolm Stafford. Well done! 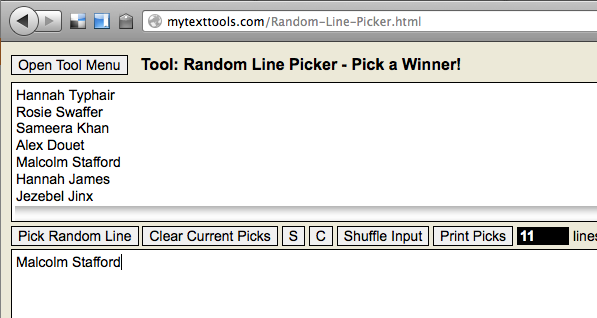 Voucher code
If you are not successful, you can still get 2-4-1 tickets using the code "FOODIES 241". The code is valid until the day before the festival and can be redeemed when booking tickets through  www.foodiesfestival.com