An education in Welsh food at Cardiff Castle

in tradition, travel - 5 October 2011
Welsh Food. I'll be honest, if I were a contestant on Family Fortunes and had to name another famous Welsh dish that wasn't the fancy cheese on toast thing, I'd be stumped and no doubt hearing the honk of the buzzer followed by the big red cross. Perfect then to be educated at a Welsh banquet, celebrating the national dishes in no other that Cardiff Castle, with the cooking executed by top chefs from the Welsh Food Association. Doesn't get Welsher than that. 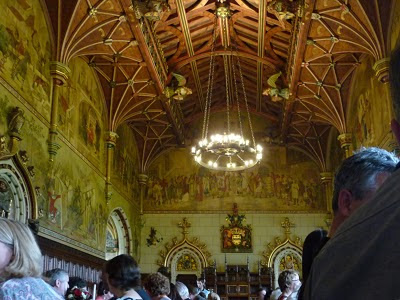 But it's not just my ignorance to answer for my lack of Welsh food knowledge. The lovely ladies at Howell Food Consultancy, and ambassadors for Welsh food, with whom I was sat with at the dinner, explained that food has not historically been protected or even celebrated in the country, plus the Welsh aren't typically people who like to show off. There apparently isn't even such thing as an exclusively Welsh restaurant*, apart from maybe one in Cardiff but the name escapes me and Google fails me. Bonkers as they have the perfect climate for rearing animals and growing food as well as that coastline, so the produce is fantastic but what about dishes?

Anyway, back to the banquet food. 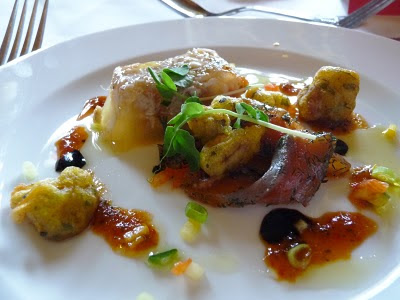 The starter was a celebration of that aforementioned shoreline; Anglesea Shellfish and Crab Jelly, Caerphilly Smoked Salmon and Spiced Penclacwydd Cockle Cake. It was delicious, in particular the smoked salmon, but I would have probably chosen something a little less contentious than jellied fish and cockles to win over the majority. 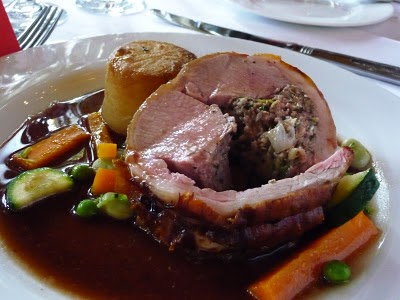 However, an all out real crowd-pleaser was the lamb from Irfon Valley. Lamb is the obvious choice on a Welsh menu and utterly enjoyable to boot, meltingly tender and stuffed with leeks, garlic and laverbread. My ignorance reared its ugly head again as I though lavarbread was some sort of er, bread. But it is infact seaweed (laver) that has been boiled and pureed (making it laverbread). It didn't really have much of a distinctive taste which I was expecting, but apparently is used as an excellent binding agent and eaten for breakfast with oats.

Worth mentioning was the Welsh wine too. Sadly I didn't catch the name (or even a glass) of the Welsh sparkling wine to start as I was to busy gawping at the castle interior, but really enjoyed the nicely balanced, light and refreshing white served with the fish starter which was the Cariad label from Llanerch Vineyard. The red, Glyndwr Red 2009, served with the main didn't quite hit the mark for me, it was fruity yet quite acidic and little fizzy actually! 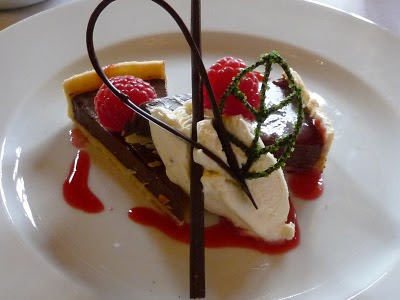 Dessert was a Hazelnut and Chocolate tart with raspberry and orange compote. The Welsh element being the Merlyn cream liquer added to the chocolate. Very much like Baileys (but God forbid don't compare it to Baileys in Welsh company!), its alcohol comes from a different part of the whiskey distillery process than the big brand. 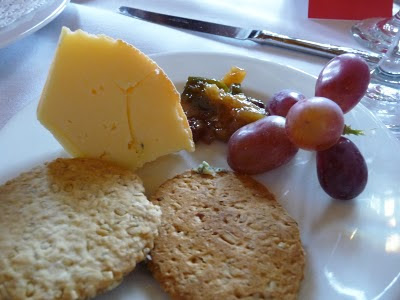 Next up were the cheeses; Celtic Promise, Hafod and Perl Las. All quite different and all worth a try if you come across it. The chutney accompaniment was, as one diner commented "like a slap from a Welshman that loves you really." I couldn't describe it any better. 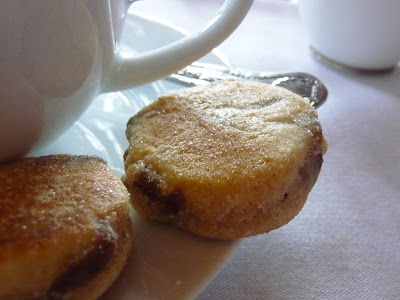 Really, most of the food was showcasing fantastic Welsh produce rather than national dishes but we did end with one - Welsh Cakes! Served beautifully warm, I snarfed four of these little lovelies with my coffee. 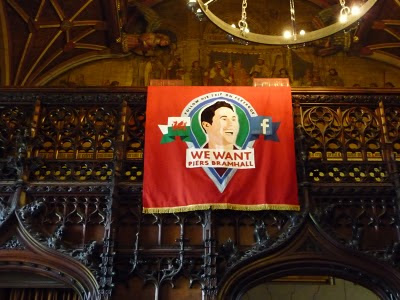 The banquet, whilst to celebrate Welsh Food, was also to mark the finale of the latest Visit Wales campaign where they take Londoner Piers Bramhall on a "Proper Holiday" around Wales. If you haven't caught any of it on the telly, have a look here, it's a really great campaign: http://www.youtube.com/user/waleswantsyou 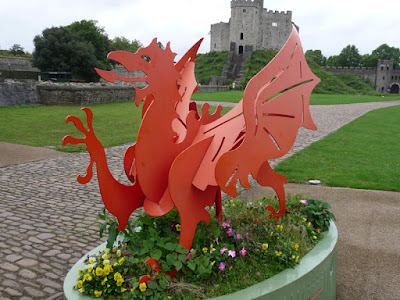 *Feel free to prove me wrong, I'm all ears and stomach.
Tweet