Women and beer. A Dea Latis evening at Due South, Brighton 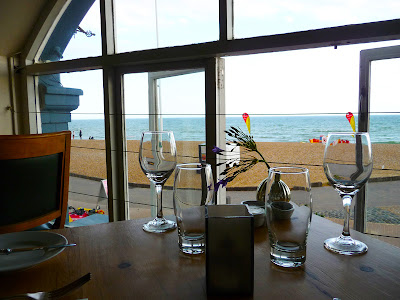 Women and beer. To me these words used to conjure up the image of the "ladette", the shouty, aggressive bird with tattoos featuring names of long gone lovers that you would avoid eye contact with in the local boozer. But the beer industry is taking an active approach to entice women of a more say, sophisticated tastes (cough) with a wine or spirit mixer preference to try beer. Founded by a group of women in the brewing industry, Dea Latis (named after the Celtic goddess of beer and water no less) is an organisation focused on changing women's perceptions of this national drink. Historically not a beer drinker myself, I was amazed by my love of porter at a recent beer festival. And have now really started getting into real ales. I'm still not at the multiple pints level but yeah, you could say I've gotten a taste for it.

So it was really interested to be invited by Dea Latis to a night down one of Brighton's best restaurants, Due South, which is sat nicely overlooking the beach, to sample some interesting (and some local) beers to match a scrumptious 7 course feast. Apart from Indian food, and I like to wash down my meals at the Chilli Pickle with a Meantime, I would never order beer with a meal so this was a real eye opener and something I would definitely do in future as the right beer with the right food is actually quite stunning. 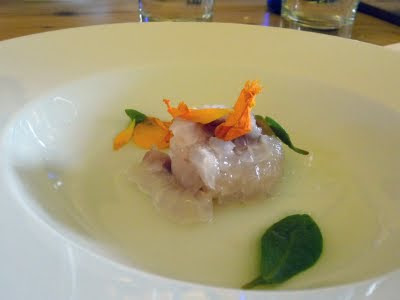 This beautifully light, clean Sea Bass cerviche with pickled Sea Purslane was served with a Hepworth (local Sussex beer heros) Blond. This worked as well as any wine could and I was actually pleasantly surprised. The freshness of the beer and the citrus of the Sea Bass dish was spot on. Good start! 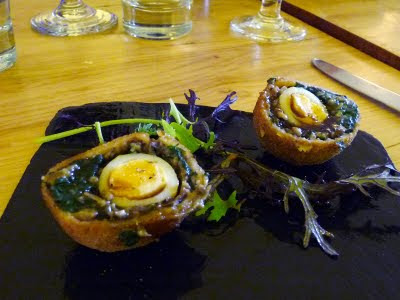 Next was a really interesting Mushroom Scotch Egg and Shititake Ketchup which had oodles of dark, densely flavoured local mushrooms packed behind the crisp breaded shell. This was matched with another Hepworth, this time a smooth, liquorice tinged stout called Conqueror. A far more masculine approach and a sharp contrast to the fresh and light sea bass which displayed just how diverse, yet appropriate, the beers could be. 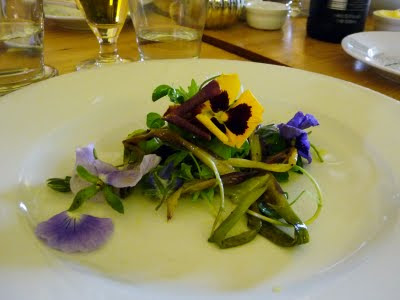 A little palette break arrived as a pretty salad of edible flowers with the only wine we were to taste this evening in the form of the Forum Chardonnay Vinegar dressing (which is made by blending the must with the wine from the preceding year before maturing). The beer match to this was Hammerpot's Madgwick Gold which I liked but felt it had too much personality for the delicate salad. 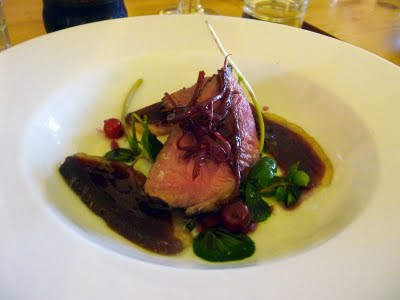 A home-cured, smokey duck ham and breast with red currents and watercress was almost festive and great with the spice, fruit and darkness of the matched Adnams Broadside. 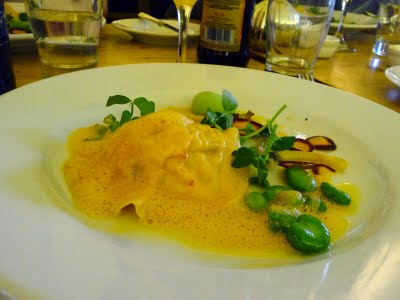 My favourite dish of the night was a huge lobster ravioli filled with big, fleshy pieces of sweet meat. It was served with slices of carrot, broad beans and a carrot foam as well as an additional spherified broad bean. The sweet hints in the Honey Dew beer from Fullers I thought worked perfectly with the subtle sweetness of the lobster and vegetables but was a little contentious on the table, some thinking the Hepworth Blond a better match. 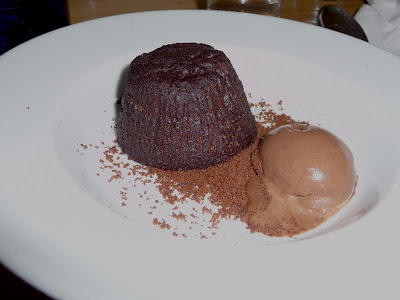 Least favourite (although I still liked the pudding and drink individually) was the sweet. A perfectly lovely Chocolate Fondant with Liquorice Ice Cream and a very drinkable, luxurious Beau Porter from Royal Tumbridge Wells Brewing Co had almost exactly the same tasting notes to me. I think there needed to be more light and shade taste-wise. 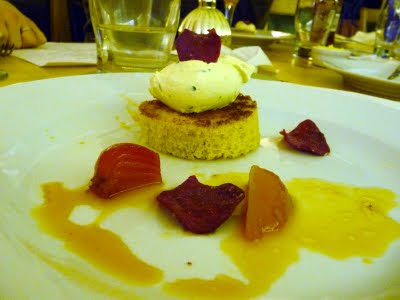 Finishing on a high note, Golden Cross Goat's Cheese was served on top of a toasted brioche with salty beetroot crisps and sweet orange beetroot. Matched with a beer originally brewed to flavour barrels meant for whisky production, the beer itself was actually thrown away before they realised how good it was! The toffee, vanilla and oak of the Innis & Gunn Original was excellent with the cheese and the perfect full stop of the evening.

Thanks to Dea Latis for opening my eyes further to beer and to Due South for the excellent food. Together it was a really informative and fun night.

So ladies (or chaps!), do you indulge in the national drink? If any recommendations for me? 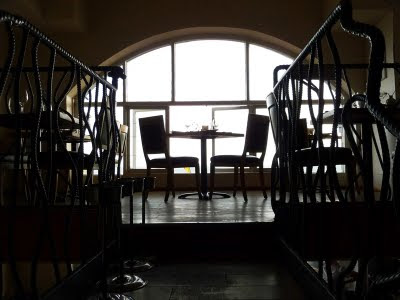