in design, restaurant, review, treats - 4 July 2010
So I turned the big 3-0 at the weekend. Not too much of a big deal because I'm not a birthday celebration kinda gal but on opening my present, celebrate is exactly what I did because I hit the foodie jackpot: 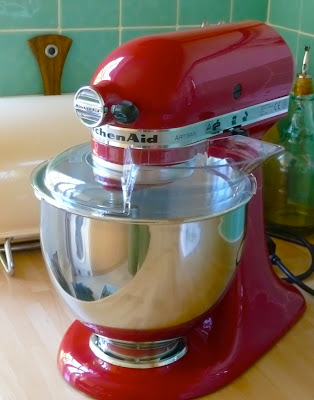 Oh yes. A Kitchen Aid Artisan mixer. Mr. Graphic Foodie had sure done well this year and has secured himself a few years grace from present shopping panic as there are quite a few attachments for this beauty that I would rather like. The sausage making one being at the top.

I now just have to figure out how to use it. I'm pretty sure it will become an invaluable tool and I'm pretty sure I want to call her Betty. Other than that I'm clueless. If anyone wants to point me in the right direction, please do so in the comments!

In other present news, I also got another classic design piece in the form of a Mondaine watch, its strap matching the cherry red colour of the Kitchen Aid no less!

I was sad to leave my mixer behind but London called, so we popped up for a spot of afternoon tea at The Lanesborough. 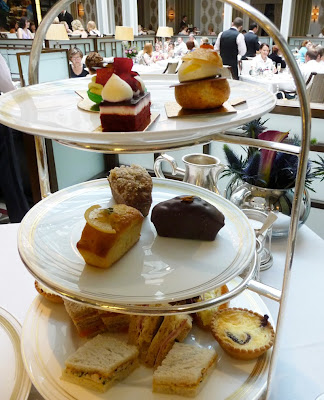 And rather nice it was too. As it was a birthday treat, it would have been rude not to start off with a glass of Champagne. For tea I chose the Silver Needle, a very delicate white tea, perfectly refreshing for such a hot day. Remarkably I managed to get through two pots during the sitting! 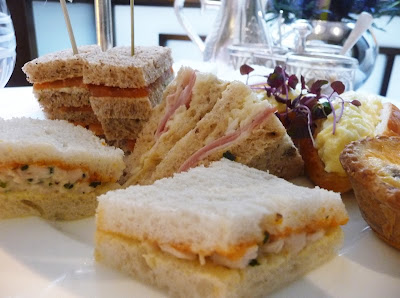 Sandwiches suffered a little from being pre-made, the bread having dried out on the surface a little but otherwise very nice. All the classics were represented; salmon, cucumber, egg in tiny brioche buns, ham, horseradish.... and some rather nice goat's cheese and red onion tartlets. As soon as this bottom tier was finished, another was brought to replace it. 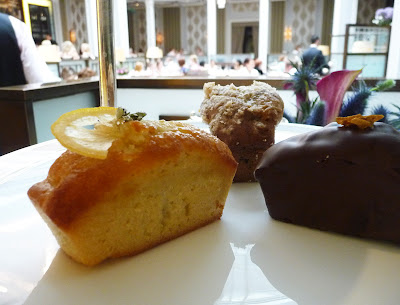 Warm tiny scones and mini toasted tea cakes followed with generous pots of clotted cream and jam even before we could attempt the second tier of tea cakes. Of these, there was a rather nice lemon version, a banana and walnut and finally a rich chocolate cake. 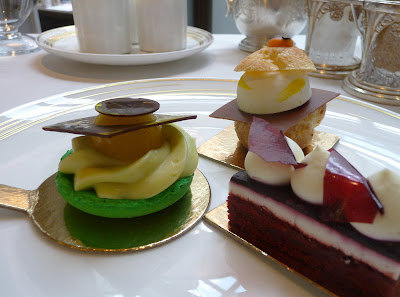 Waistbands groaning, the final layer was reached, containing an assortment of pretty creations. My favourite being the citrus fruit profiterole, but very closely followed by the berry and marscapone slice and the pear macaroon.

The Lanesborough is a lovely venue for afternoon tea and is thoroughly deserving of its awards having an extensive tea menu and sommelier, and an army of eagle-eyed waiting staff who could charm the birds from the trees. I particularly love the fact that they rush to refold you napkin when you pop to the ladies and sprint to your chair when they spot your return to tuck you back in. With all that tea drinking they must do more running than the average athlete.

Although costing a slightly eye-watering £45 per person with Champagne and without the well deserved service charge, it is on par with most other hotel afternoon teas in the city and I didn't mind paying one bit for such a lovely experience. Another bonus is that you most definitely will not require dinner after.