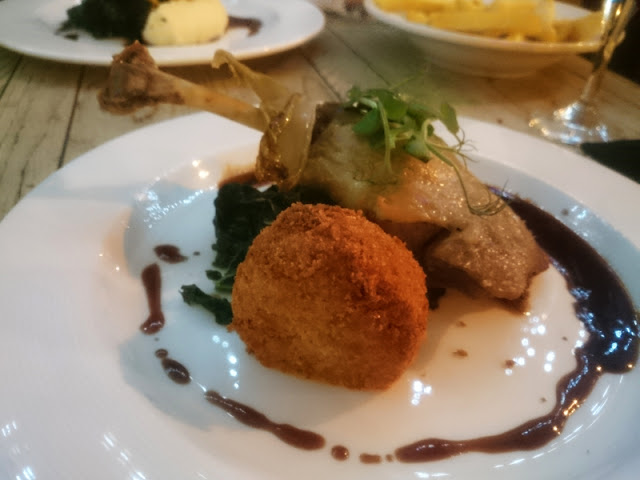 I have been meaning to get out to the The Jolly Poacher—a neighbourhood food pub on Ditchling Road—since they opened in 2012, particularly as they are related to the acclaimed Jolly Sportsman in East Chiltington. So it was with some serious anticipation that I finally made it through the door.

The space is charming and pleasant in many ways, far brighter and modern than I was expecting, yet it had a strange feel that I couldn't quite place. Saying that I don't tend to dine in pubs often, so maybe I wasn't at home as most people would feel in the environment. Their imposing gold coffee machine is quite something though - topped with a gold falcon, it looked like something out of Charlie and the Chocolate factory. Who doesn't like a bit of quirk?

It's a small point but the menu was peppered with spelling mistakes (probably much like this post before anyone calls me out on it). I think places that promise quality like this need to get the details right and the menu read is the first taste of the dining experience. Anyway, the menu was also full of winter warmers that had been given a decadent twist; pickled quail with spiced cauliflower, scorched corn and jalepeno croquettes with oysters, pork belly with black pudding and chorizo. 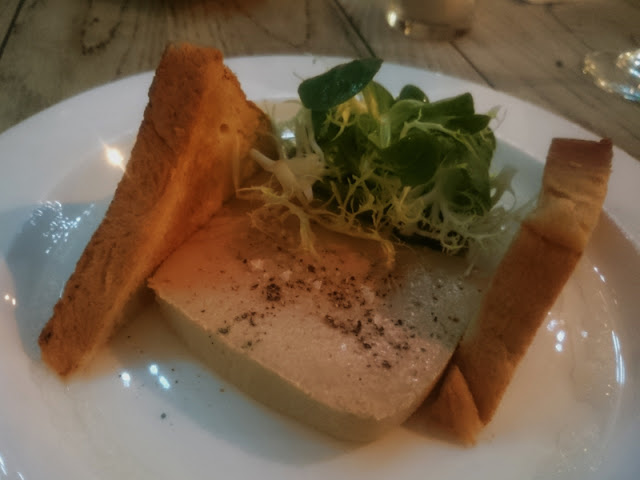 I finally settled on the "goose liver" parfait (a nice way of avoiding the f word), £7.50. I really love a silky, smooth pate and this didn't disappoint. The sweet wine jelly around the plate gave a welcome floral and acidic contrast to the parfait and the toasted bricohe added sweetness. Perfectly balanced and incredibly pleasant to eat, but as usual the toast was long gone before I had finished the parfait so I had to gobble it up with the salad garnish. I'm starting to think Busby & Wilds in Kemptown is the ONLY restaurant in the world to get the toast/pate balance right. 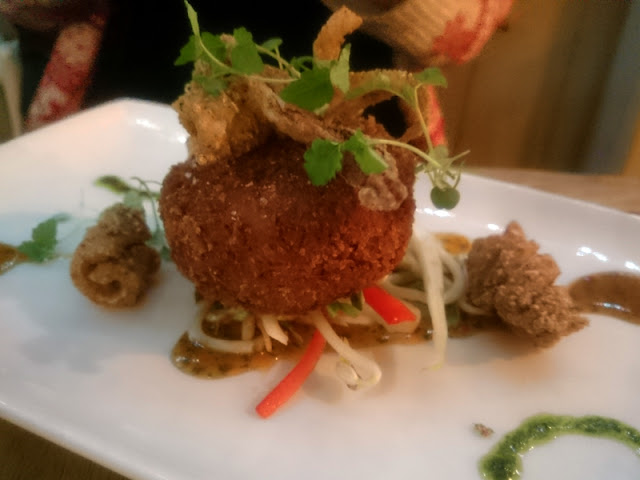 Rosie's thai spiced crab fritters (£7.50) were a little wet in the middle despite the perfectly crisp crumb coating. I'm not sure what they lacked exactly - she's not the sort of girl you'd want to steal too much food from to find out.

A confit duck leg (£16.50) is exactly what I wanted on a chilly night. The leg itself was tender but often needs a sauce as it can be a bit dry, which I suppose is why they often serve it with a bean stew. Here it was presented with a gorgeous, slightly spiced carrot and orange puree, but it needed far more of it along with more than the tiny trickle of jus on the edge of the plate. The herbed potato croquette made the dish more substantial and as much as I love cavolo nero, I was a bit miffed it didn't come with the chicory as advertised (and no mention of the change either at ordering). 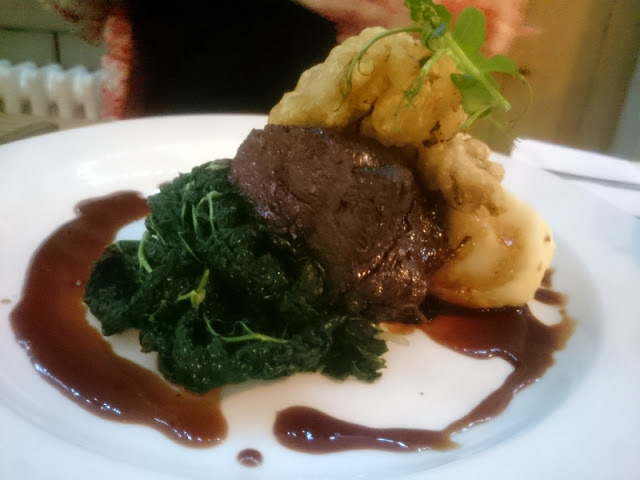 The beef cheek (£19.50) was meltingly soft and served with a battered oyster making the dish more impressive. As per my main though, Rosie wasn't overly excited by it.

I rarely want a dessert but crave one when I haven't enjoyed my meal as much as I had hoped. Saying that there was nothing that took my fancy, the desserts included a crumble, creme brulee and cheeses. The people next to us ordered the chocolate torte which was the tiniest of slithers and at £8.50 a pop, I didn't think was worth the hit.

If you live locally then I would say The Jolly Poacher is well worth a shot, certainly for the £17 set menu or the Sunday roast that Rosie (who has done her homework and some) rated quite highly. But otherwise I'm not sure a trip across town is worth the effort. Despite being of a good level food wise, it's jolly expensive for sure and there are plenty of other places in Brighton your money might be better spent.