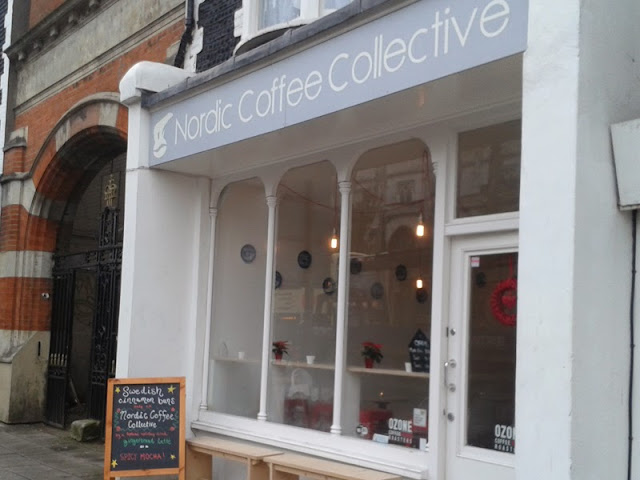 If five years ago (hell, two years ago) you would have told me that the grotty little strip of retail opposite St. Peters Church would have been transformed into a food destination I'd have laughed in your face. Back then you'd have a job weaving through the drugged up and the drunks and most of the run down shop fronts were boarded up or grime splattered convenience stores selling nothing more than two dried out onions and a dusty can of beans with sausages.

After a bit of property development, the area remained empty until out-of-towners Meat Liqor took one of the units to the raised eyebrows of, well, practically everyone in Brighton. Then Hisbe, an independent supermarket moved in and Carlito Burrito will be opening soon. And the clean, white, shiny new space of Nordic Coffee Collective couldn't be more removed from those old days either. It's such a pleasure to see a dodgy area so quickly cleaned up and I hope it spreads to London Road too - the only place in the world that looks worse in the sunshine.

Whilst the independent coffee shops are taking hold of Brighton again (last month saw the CLOSURE of Starbucks in a prime area) we don't really have one like Nordic anywhere else in the city. And it's really worth a journey. 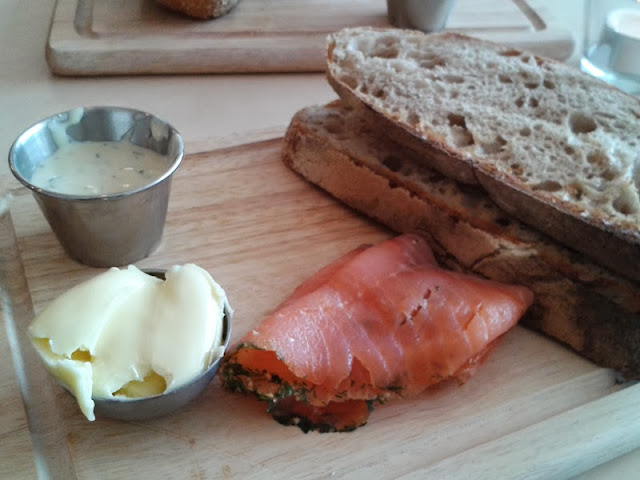 They still feel like they are finding their feet but the traditional Gravlax was once of the nicest light lunches I have had for a while. With a choice of bread (I went for two generous slices of toasted sourdough), butter and traditional dill dressing, it was simple, filling and a bargain at £4.50. Herring, as you would expect, is available as well. The menu is limited to this and a few basic rolls (ham, cheese, both) and waffles are only available on the weekend, but hopefully this will expand as there is a small kitchen by the look of it. I'd like to see more specific cold meats from the region or something like Smörgåsbord, Pyttipanna, and everybody wants those meatballs right? 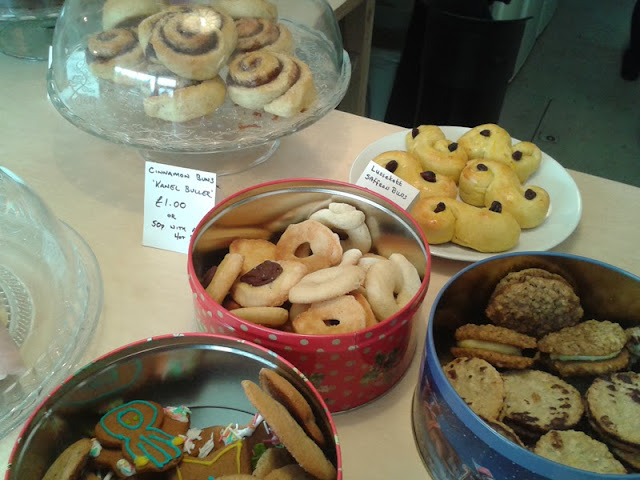 Until then, I will be coming back for the pastries though. They had glossy Lussekatt (Swedish saffron buns) and some impressive Kanelbullar cinnamon buns. This is the sort of thing I think they should be focussing on as the other items did look a little too home-style and there is nothing appealing about seeing the odd limp cookie next to a handful of amateurishly iced biscuits. An inviting pile of just three choices of well-made cake, pastry or biscuit would be fine for a place this size and something they could make their name on. 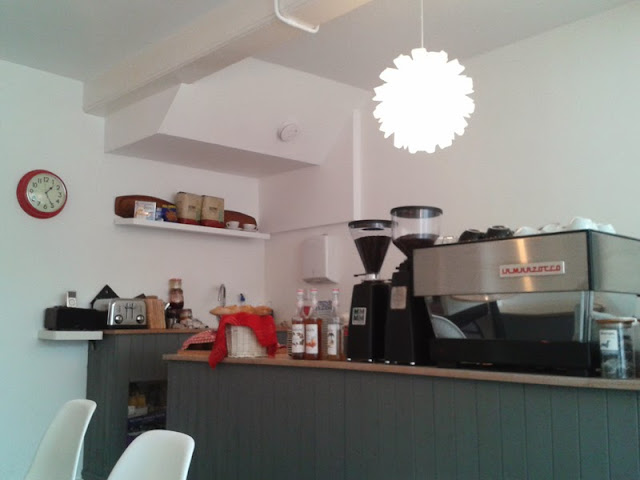 As for drinks, there's a huge range of Teapigs tea and the coffee is from Ozone Roasters. You will also find a selection of weird and wonderful Scandinavian sweets and snacks that you'd be hard pushed to find anywhere else in Brighton. So if you have an itch for Tyrkisk Peber that you need to scratch then Nordic would be your best bet.

The interior has been nicely considered, icy cool with touches of red and sweet little details to make you feel at home.