Home » Unlabelled » A cocktail for 150 years of Italian unity

A cocktail for 150 years of Italian unity 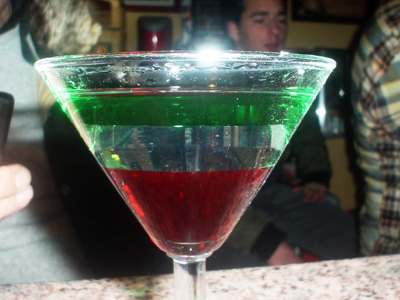 So Italy celebrated 150 years as a united nation on the 17th of March. Although in reality for most parts of Italy this notion of unity is still laughably questionable with neighbouring regions commonly arguing that their region's food/drink/people/culture/water/air is superior to all others!

I noticed my cousin, Natalia, who owns the bar in the village my family are from, had posted the bar's celebration cocktail on Facebook. This is the Garibaldi cocktail apparently - isn't it a beauty? Apparently it contains Grenadine, sambuca and the green layer is a liqueur called Centerbe from the region of Abruzzo. Centerbe means "100 herbs" and is a potent (70%!!!) mix of herbs found naturally in the Majella, the mountains we can see from the balcony of our home there. I struggle to think of all the 100 herbs in this liqueur (which is a secret recipe) but from what I've seen growing, it must contain the likes of mint, basil, rosemary, saffron, juniper berries, sage and chamomile. As well as a drink, it is used as a medicine, digestive, antiseptic and I suspect a very effective limescale remover :) Below is a picture of Monte Amare (Bitter mountain) the highest point in the Majella.

Not sure how the cocktail tasted but it does look beautiful indeed. I expect it would make your eyebrows ping clean of your face with it's potency though! 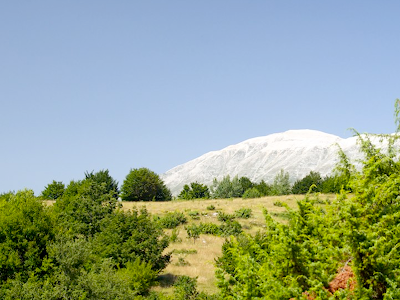 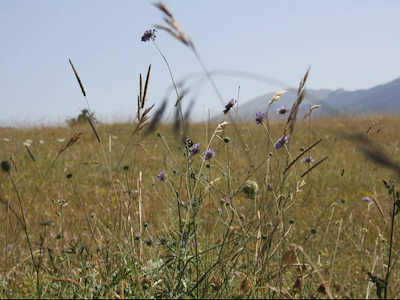