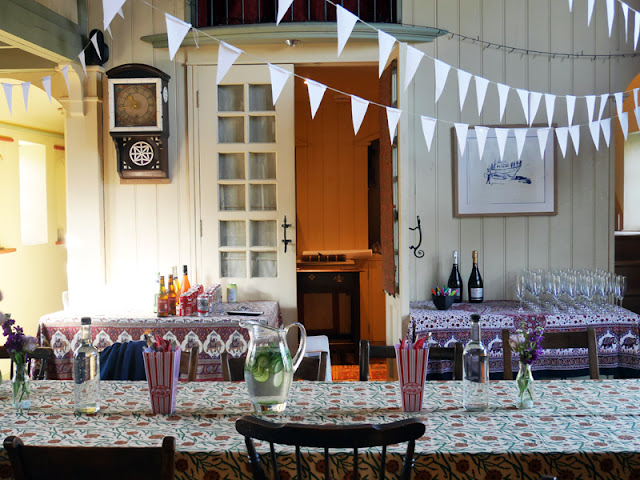 I like to think I'm a well seasoned supper club guest now. It was a number of years ago I found myself on the doorstep of a host's home, clutching a BYO bottle and scrap of paper with the "secret" location scrawled on and harbouring some mild anxiety about the whole situation. Back then it was a wacky thing to do, made a touch illicit by the common term "underground restaurant".

Since then, I've dined in jaw dropping mansions, regular cosy homes, makeshift out-houses, tents, boats and attended private dinners in cafes and restaurants...I even went to one pop up on the good ol' Brighton Palace Pier! The hosts also varied from well-known chefs to the home cook. But in almost all instances, I've had a great experience, eaten well and met some fun guests.

WeFiFo, in a nutshell, is a supper club listing site but one that has attracted support from some high regarded folks in the food industry. They also champion the social eating movement - connecting people and providing hosts with the knowledge and support to make extra money or build up the skills to a new career in food. You can also dine pretty cheap - some events are under £10 but they also have some interesting premium listings, including a family foraged Easter lunch by Tim Maddams from River Cottage. 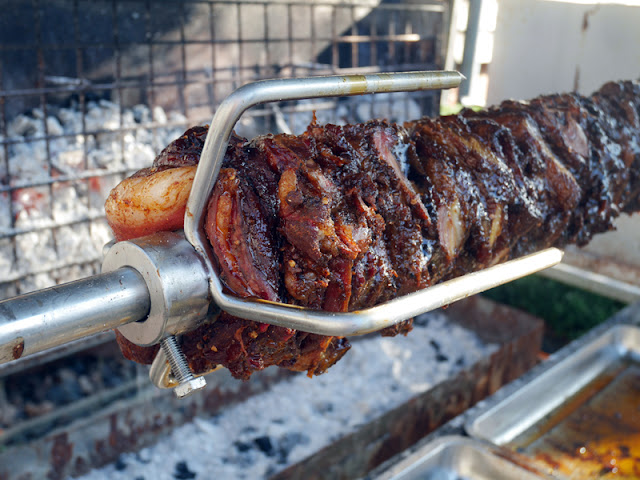 We headed over to a glorious farm in Sussex, which turned out to be WeFiFo's HQ. The event was a Shawarma Kid Goat BBQ hosted by James Whetlor from Cabrito Goat Meat who supplies restaurants and now Ocado.

Now goat meat is not something we eat much of, bar the occasional curry goat, and it never occurred to me why. Goat dairy is big business with cheese and the increasing demand for the milk. But male kids can't offer this and in the past have been euthanised at birth. It's crazy to think that we are discarding a source of valuable meat, especially with the struggle of demand. And it's flipping delicious. 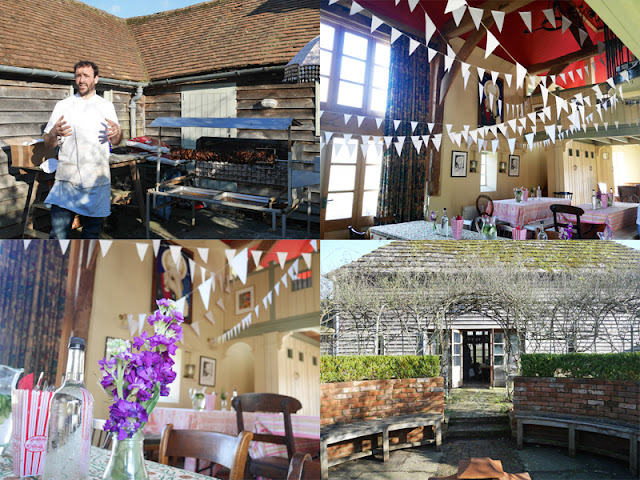 Amazingly the sun shone for the first time in a forever and we soaked up the rays in the beautiful courtyard as the horizontal spit, packed tightly with the carefully prepared goat meat, turned and enticed us with its gorgeous smoky scent. 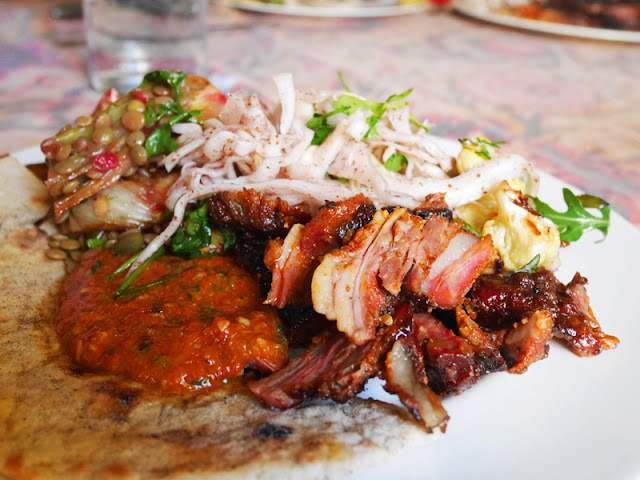 After finding out about the produce, we finally got stuck in. The kitchen table was piled high with middle-eastern inspired salads including beetroot, red onion and lentils, roasted cauliflower and tahini and huge wedges of roasted squash. It was all delicious but the goat meat was indeed the star of the show, the flavour mild and sweet, I suppose most similar to lamb. Where it had been layered with the fat it was tender and succulent too.

I went back for seconds. (Ok, Ok, thirds and I may have picked at the spit too.)

After a short pause and a walk, trays of rich, decadent ice-cream were handed out, made by WeFiFo's founder Seni Glaister using eggs from the farm. Well, the ice cream was worth the drive alone. 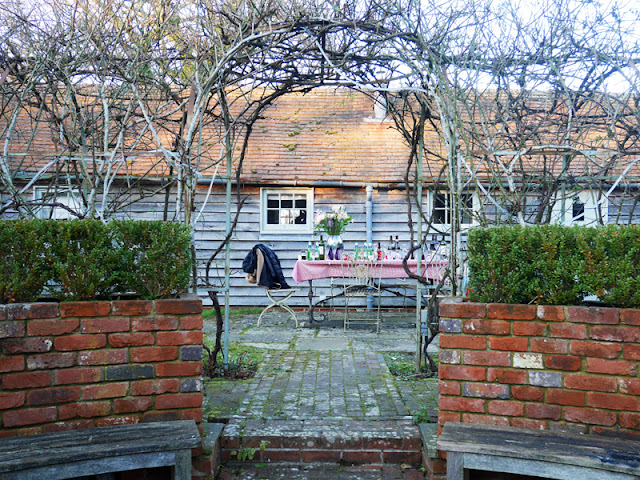 My 5 year old son also came to the event and had fun exploring the estate as well as tucking into the food. On the drive back to Brighton asked him what the best part of the experience was. The goat? The ice-cream? The additional sausages put on for the children? After a ponder he replied: making new friends.

I couldn't sum it up better. Maybe it's the Italian in me but food always tastes better shared in good company and this is exactly what makes these food events so special, connecting with people from all walks of life. Also worth noting that the tickets were just £20 each - bargain.

Not tried one yet? What are you waiting for?

I dined as a guest of WeFiFo, words and thoughts, as always, my own.
Tweet