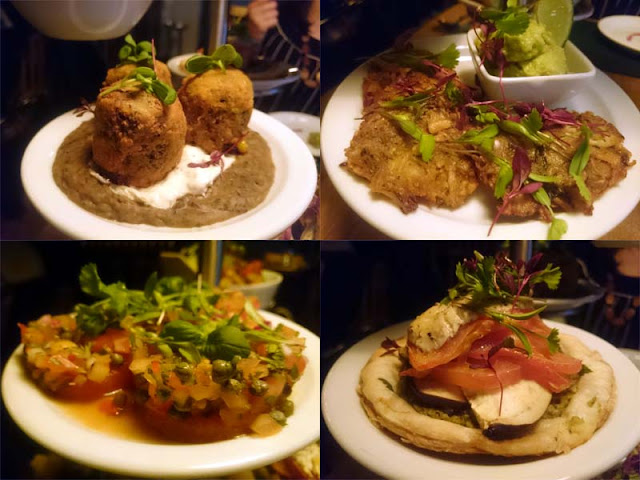 "Vegan" has had a bit of a makeover in the last couple of years. With far less dietary hangups, It's reinvention as "plant based", in many ways, has made it more accessible to a wider audience.

This new way of thinking, intentionally or not, is championed at Rootcandi. There's no mention or promotion of the "v" word to be found. And coming from the people behind the successful vegetarian Iydea cafe (which I'm a big fan of), they clearly know what they are doing. But don't expect heaped plates of black bean enchiladas served with a side order of dreadlocks here, Rootcandi is far more refined and inventive than the cafe. The core format is a choice of four small plate collections, each influenced by different global cuisines (Indian, Pan-Asian, South American and Modern European). You have the choice of picking and choosing individual plates but the sets seem to be well considered for a good mix. 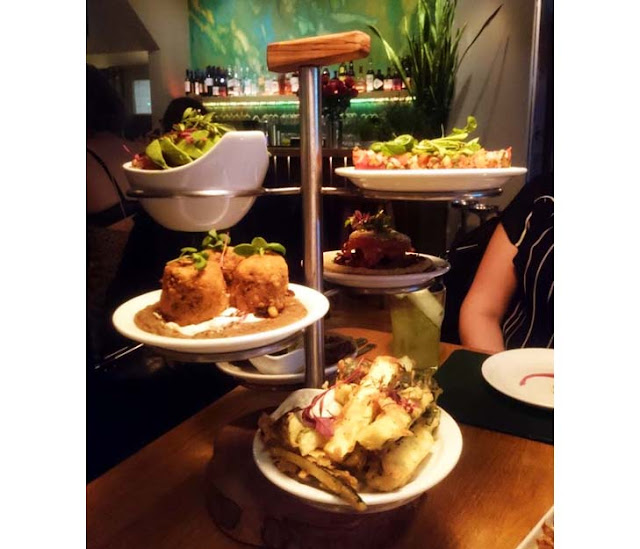 Presentation is clearly important. Each dish is beautifully arranged and served on a bespoke spinning stand - even the lazy Susan has had a make over. But far more than just another presentation gimmick, this one is quite smart, taking all of that awkward plate passing and table space hogging that you have to contend with in sharing plates.

From the sets, we chose the Preston, with South American flavours. Faced with so many dishes, some were bound to stand out more that others but the highlights were the black bean fritters that had a great kick and the perfectly crisp tempura courgette fries. I have no idea why you would dehydrate then rehydrate a watermelon, removing its crisp, fresh USP to a fleshy, rubbery one but that was the weakest plate.

The aubergine tart's pastry could have been crispier and flakier but the flavour of the "ricotta", was there. This was however the only time I've really enjoyed plantain, served as little crisp fritters. Overall, the meal was enjoyable and interesting with plenty of details to discover.

Looking back at the menu, maybe one of the other sets would have been more exciting from a flavour point of view; I love pani puri and the oyster mushroom scallop, candied grapefruit and fennel salad and quinoa sushi from the other sets all really appeal. I certainly left with a taste of wanting more which is always a good sign. 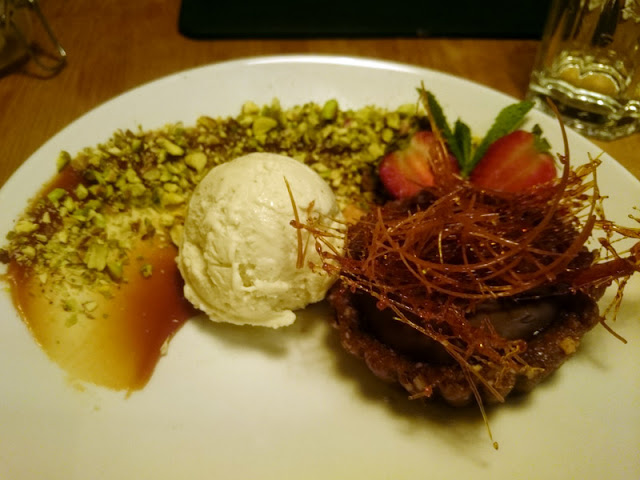 The chocolate gananche tart ticked all of the dessert boxes. Decadent, sweet and rich with contraxing texture. The nut base with the silky chocolate was perfect and you can never have enough salted caramel sauce in your life. 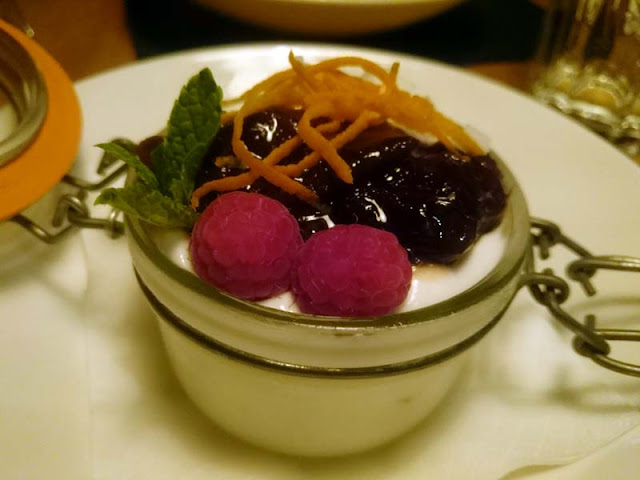 My more sober coconut panna cotta on the other hand felt clean and healthy. Not what I particularly want in a dessert. Even reinvented, a panna cotta lives or dies by it's wobble and smoothness. This had neither really and was served in a pot rather than formed on the plate. Still, I'd happily put this away, just for breakfast next time.

Drink deserve a mention. I wish I had the constitution to handle the entire selection of cocktails because they were hard to choose from. I don't think I've ever seen a carrot and orange or a lavender and black pepper martini but I finally settled for an elegant and fresh cucumber and rose collins. The Earl Grey fizz could have been more refined in presentation but nice touch that the tea infused gin was homemade. 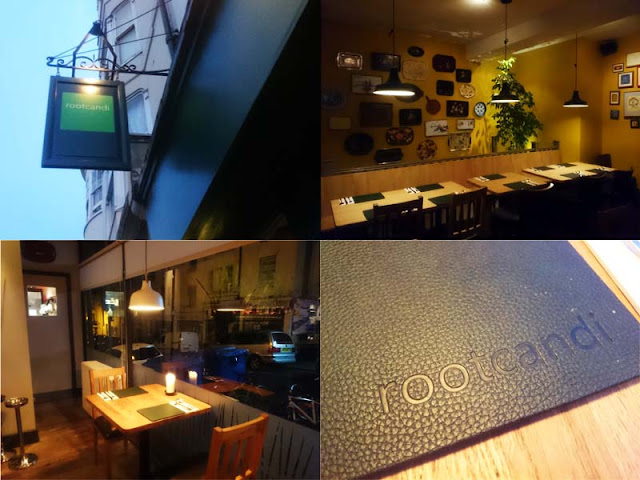 The recently extended space has been well designed. It feels special enough for an occasion but with enough quirky touches to keep it from being too formal.

Although Brighton is blessed with a good range of vegetarian restaurants, the concept and format here makes it quite unique. I can't see many people not being impressed with their meal and I'm sure as they evolve it will get even better. Whether you are vegan, vegetarian or not, Rootcandi has plenty of appeal.

I dined as a guest of Rootcandi. Words and thoughts, as always, are my own.
Tweet