in brighton - 13 January 2015
Walking through the doors of Lick HQ in Brighton, the space evokes what must have been those early cuddly days of Innocent Smoothies before the suits moved in. 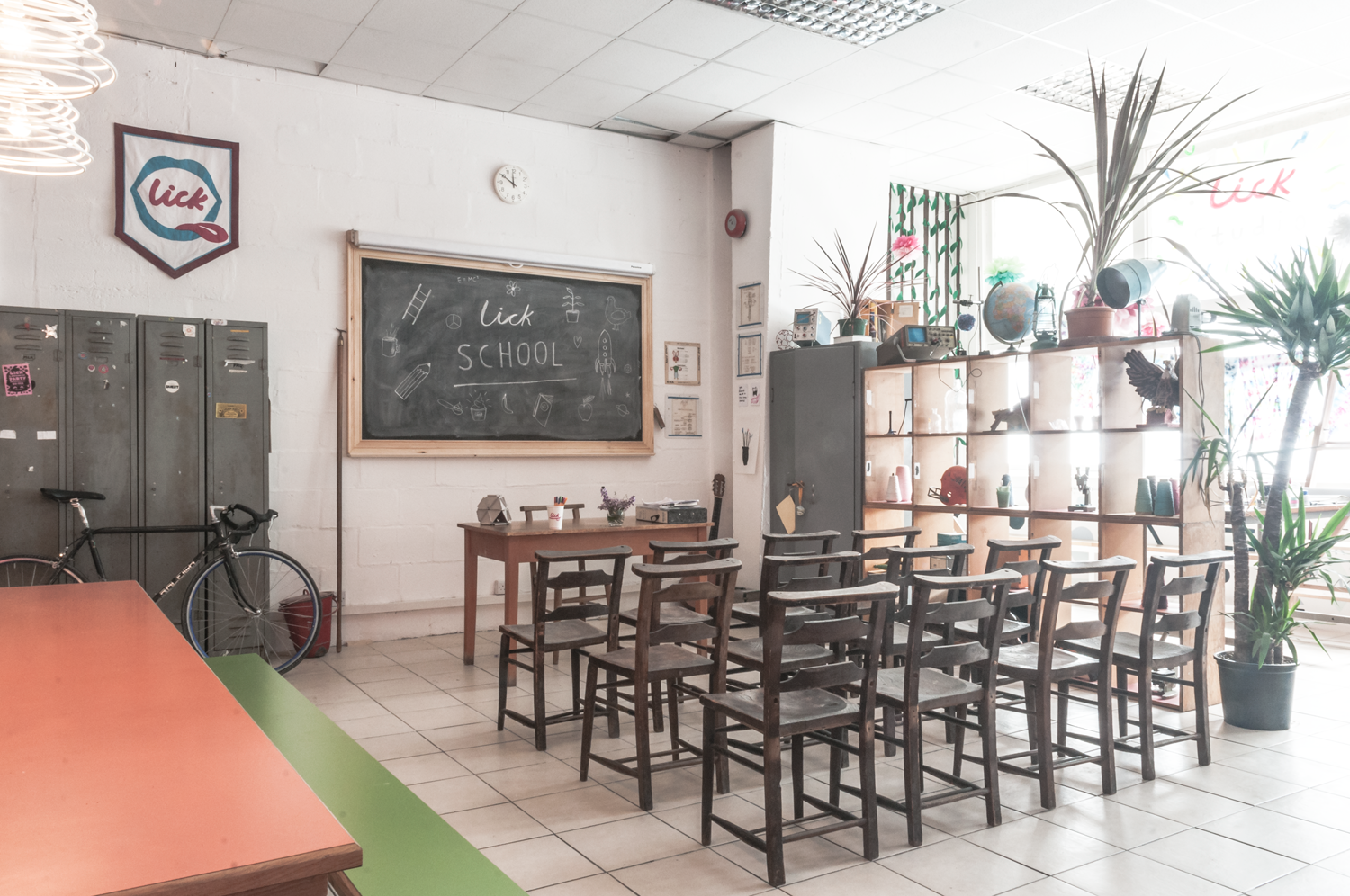 Picnic benches, neon lighting, what looks like parts of a robot built out of cardboard. Really good fun and evocative of the bright, young and exciting brand that they are. There's a development kitchen and even their head forager popped in with a bag of found goodies, ready for the next trial.

Although they have closed their doors on their froyo shop in the Brighton North Laines, they still operate an open door policy at their office with a full schedule of events open to the public like yoga, gigs, exhibitions and artists residencies. They even have their own music label. There is great honesty in a company that embraces their consumers in a non cynical way. I like it a lot. 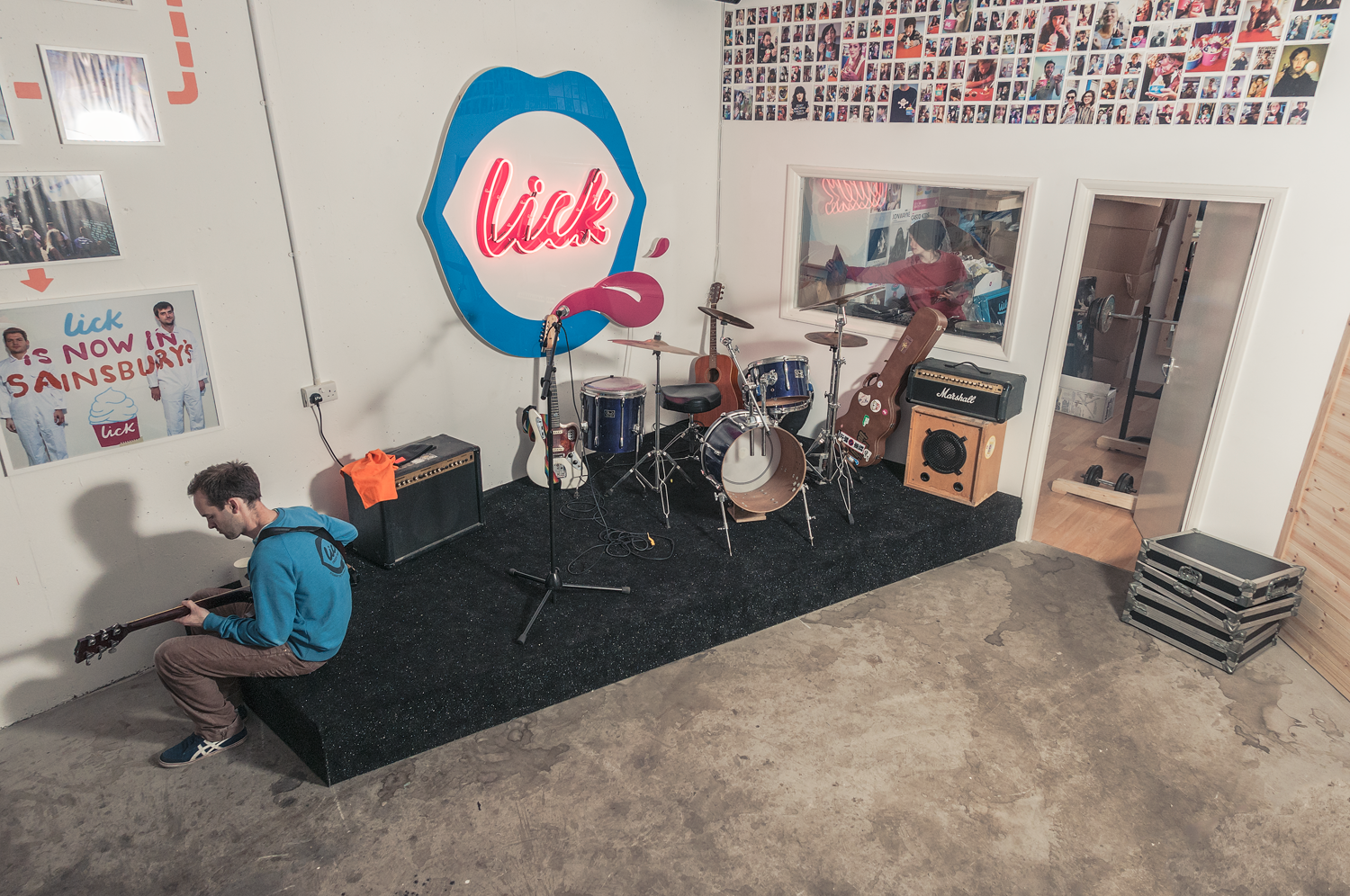 As I said, despite opening the first UK frozen yogurt shop in 2008, they have decided to concentrate their efforts in distributing their product (in it's pretty new packaging) across the country in shops, cafes and delis.

Their big USP is that they are the only frozen yogurt manufacturers whose products are 100% frozen yogurt. I was shocked at this really. Due to the difficulty is processing froyo, other brands will mix it with an ice cream base of varying percentages. Seriously. Ben & Jerry's is as low as 6% in yogurt content. SIX PERCENT!

Lick basically created bespoke equipment and did a lot of experimentation (involving a bunch of science which I don't have the capacity to process). Even though it's fat-free (I could weep) they also managed to nail the creamy texture as well. Essentially, the Jersey milk they use naturally contains higher levels of protein than other milk and it was possible to extract the required stabilisers from seaweed so there is no need for any fat or artificial ingredients.

But, unlike me you may not give a toss about science and all that lovely branding and brand culture (although it will get to you subliminally). You want to know if the product is any good!

Well...it is. I love the tang of frozen yogurt far more than ice cream and Lick tastes amazing. Not too sweet, full of flavour. 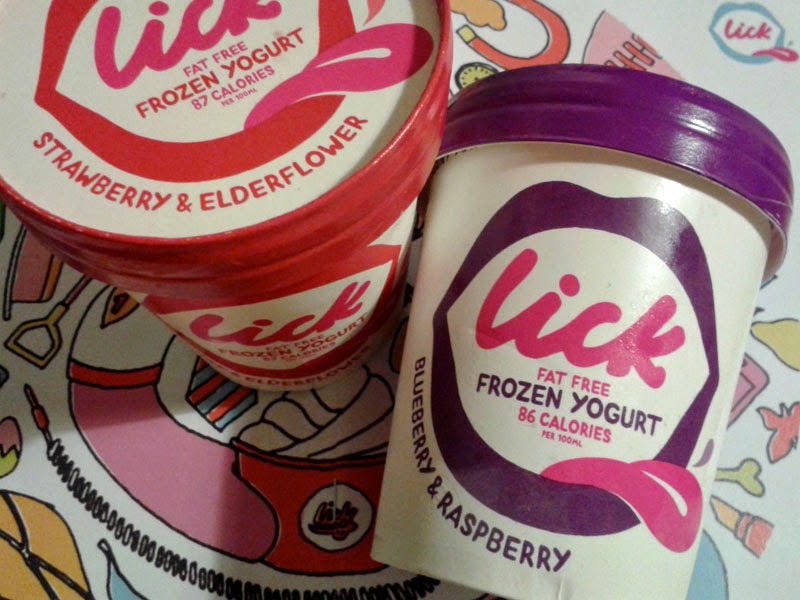 I tried the Strawberry and Elderflower flavour first which I really enjoyed for it's fresh, clean, summery flavour. Unbelievably, the elderflowers are hand picked (by the aforementioned forager). Now THAT is going the extra mile.

Next was the Blueberry and Raspberry flavour which has a berry compote rippled through. Again, this we enjoyed but it would be hard to pick a favourite.

The plain version would be really versatile in the kitchen and kids would love the Banana and Honey one too. My kid was all over these and actually, was nice to give him a treat that wasn't laden with sugar and additives.

So yeah, I'm a huge fan and proud that their base is in Brighton. I'm still trying to figure out the catch though. I mean, how can something that tastes so good be quite sin-less?!

Watch more about the Lick story: