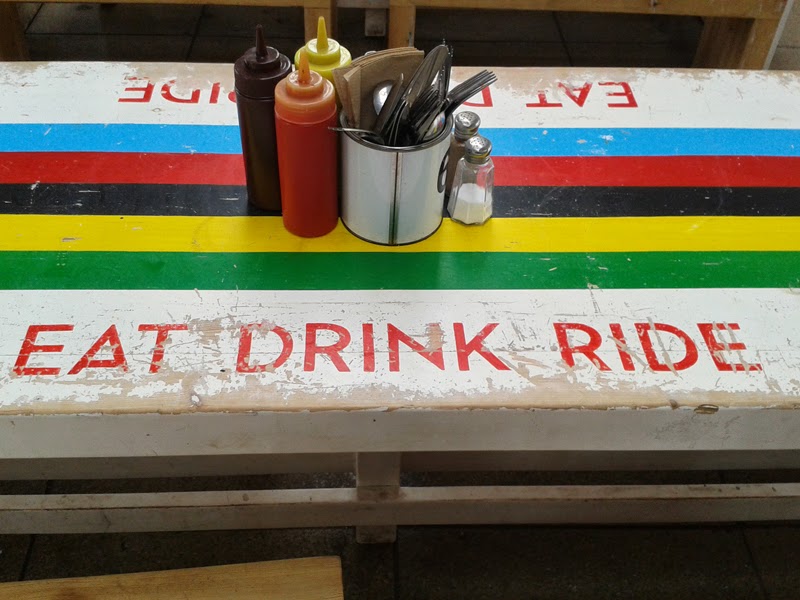 This isn't going to be a pretty story. To be honest, it's been a while since I've felt the need to upturn furniture in a restaurant but luckily the tables at Velo are very, very heavy.

Sat in prime position at the heart of the rejuvenated Level development, sandwiched between one of Brighton's most creative children's play areas (nice one Council!) and a brilliant skate park, the Velo cycling cafe captures a bounty of passing trade in it's greedy net. The cafe itself is well designed with a great outside area and pretty much everything about it is wonderful. Apart from the food and service speed it seems. After a Tweet of annoyance, my notification feed came piling in with similar comments. My work colleagues have given it a few shots, always returning late from their break and moaning about prices. 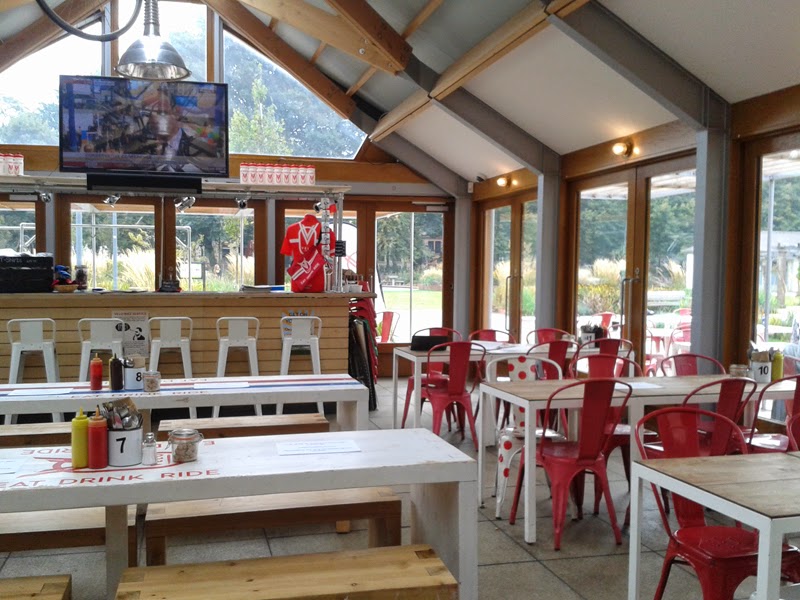 The menu has been streamlined. Well, there didn't seem to be any menu, just what was available in the display; a couple of salads, some sandwiches, a sausage roll. That sort of thing. There is a children's menu which compromises of an uninspired sandwich selection, drink and fruit. Oh and there's a pizza list. 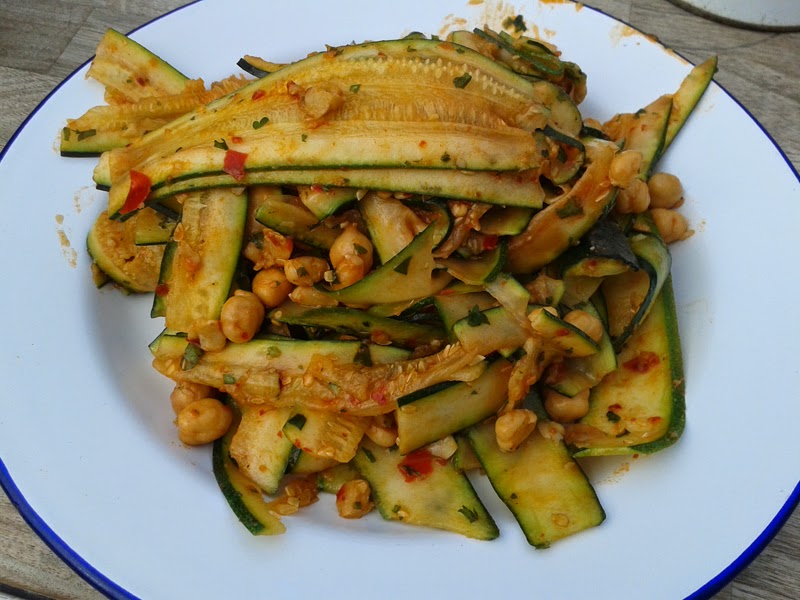 The salad I ordered, with fridge cold strips of watery courgette, tinned chickpeas, an apologetic dressing of harrisa, a few herbs and lemon juice at £6.75 had to be returned. The lack of flavour was almost impressive. Staff were nice enough about the return, and in general were very polite if painfully slow. 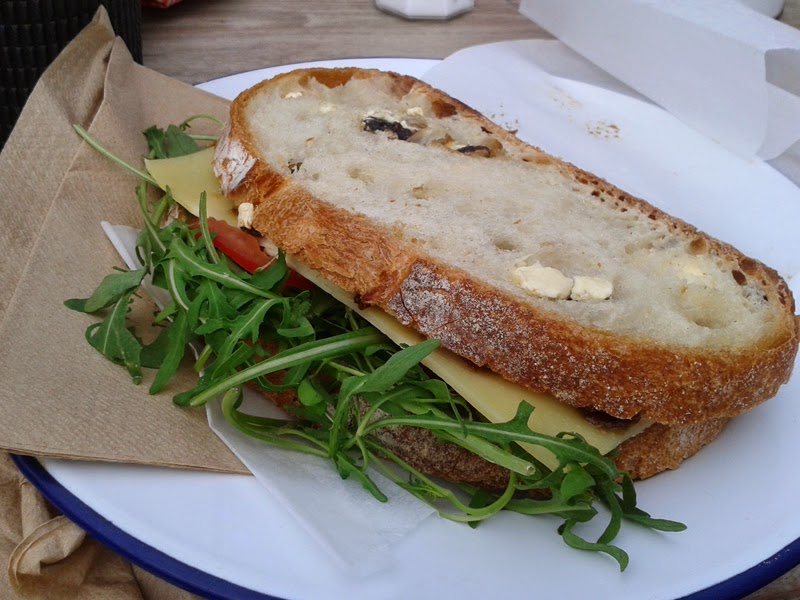 My replacement sandwich (£4.75) was, a sandwich. Nice enough but it's the one thing I never order out. I'll describe it to you just to lengthen the food review a bit. Luckily the bread was good...um...they had spread it with butter, the cheddar was ok, the relish was ok (no doubt from a jar) and the rocket was a bit sad. There you go. A sandwich review.

Velo have been making a big deal about their new offering of pizza. I should have known better but darn it, I had to feed my kid and at £4.95, I'll give it a pop. 30 minutes later, with a hangry toddler on my hands, I went to enquire about this darn pizza. Clearly in the time taken they were making the base fresh from a nice sourdough, seasoning the homemade sauce and lovingly topping it with quality ingredients. 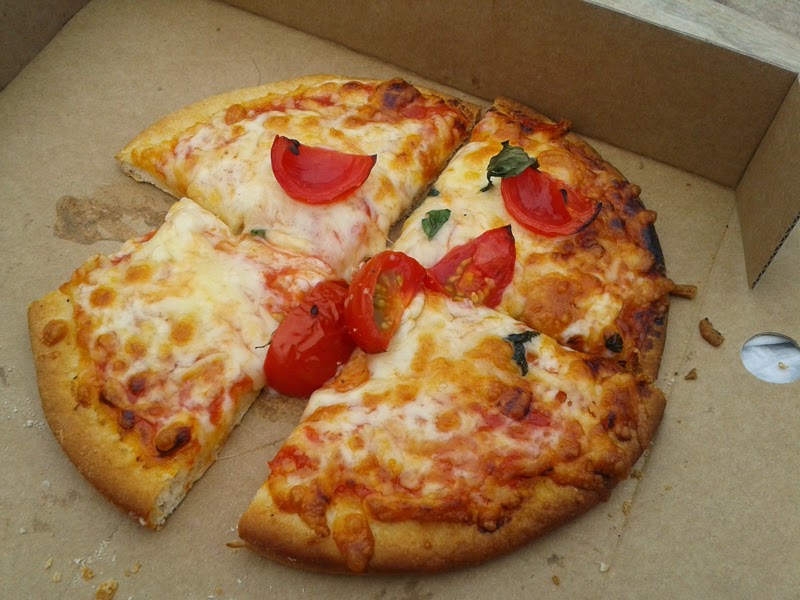 Nope. It was a case of mum's been to Iceland. The base was one of those processed, and I guess, frozen jobs, a perfect flat circle of dense doughy blandness. If they had topped the thing themselves then they had excelled at arranging the grated processed mozzarella mix and sauce as per those cheap supermarket pizzas. A few cherry tomatoes had been thrown on for pizazz. THIRTY minutes people and busy they were not.

I'm amid a pizza review of Brighton and Hove and this was up there with the worst. Mainly through lack of effort with the creation and ingredients. No idea if the adult versions are the same, I pray to Italy they are not. Anyway, my kid, used to a decent meal, ate half of the tiny thing through hunger before ditching it and I'll continue feeling guilty about feeding it to him.

Attracting primarily family, and I assume, health conscious cycling clientele, Velo really should be making an effort to provide fresh, nourishing and varied food. I'm thinking the sort of salads and wholesome food on offer at some of our better cafes. Maybe a decent burger, hell, a decent pizza. Local meat, local fish...we have it all. Christ knows what they are using all that kitchen space for, extra bike storage maybe?

But why bother, eh? The people will come with their hungry families from the park, and the droves of people will pop in for a lunch and never come back.

Pack a picnic, grab a blanket and pop yourself down on the grass and tell this cafe to get on its bike unless it ups its game.