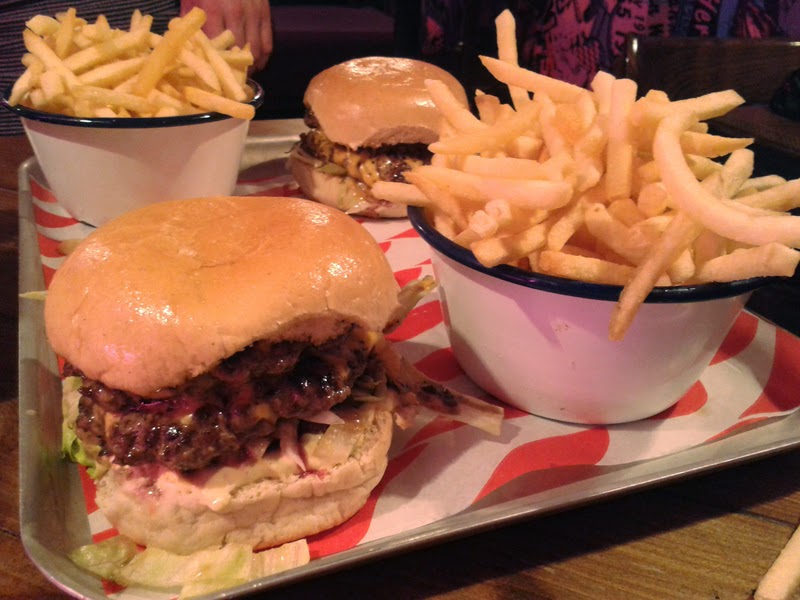 I know what you are thinking. You in MEATLiquor? It's brash, loud, disorientating and serves calorific fast food - the thing I'm always moaning about. And yes, the prim and proper part of me (yeah it exists) shouldn't like it; I mean for one there's no tablecloth or fine cutlery for goodness sake (the horror). Instead, food is served on a metal tray with just a sheet of greaseproof paper for company and a domestic kitchen roll to wipe your mouth with. Kitchen roll!

But I really like this place. MEATLiquor burst onto the scene as a totally different dining experience that others since have tried to imitate, failing miserably. The brand and interiors have been really well considered by great design studios, with sophistication in the face of the style of graffiti, collages of unsavoury women doing unsavoury things and fizzing neon signs. 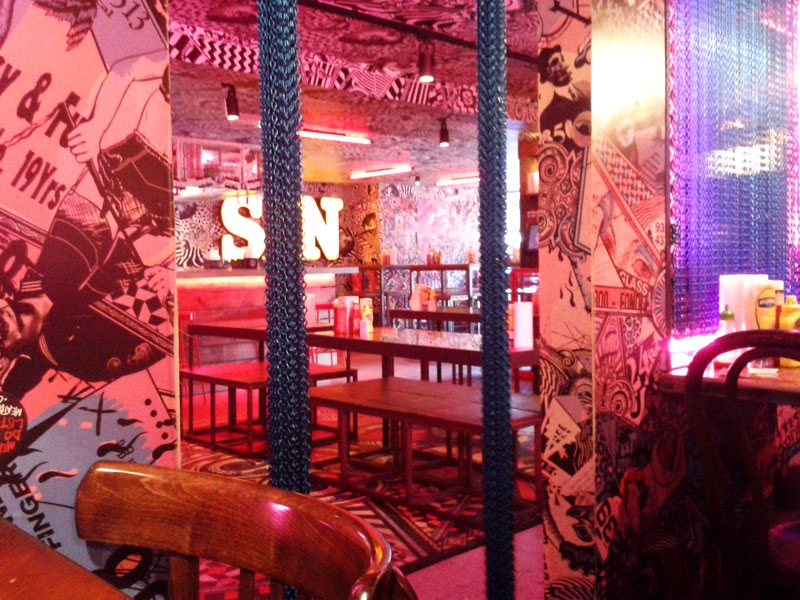 This visit was the first time I had been in the day, and it actually is far tamer. The music is low (racked up to ear bleeding at night) and the lights were on. Being quieter, you could have one of the booth rooms to yourself and service, as I found before, was really friendly. There is also a really good value lunch deal of any burger, fries and refill soda for £10. 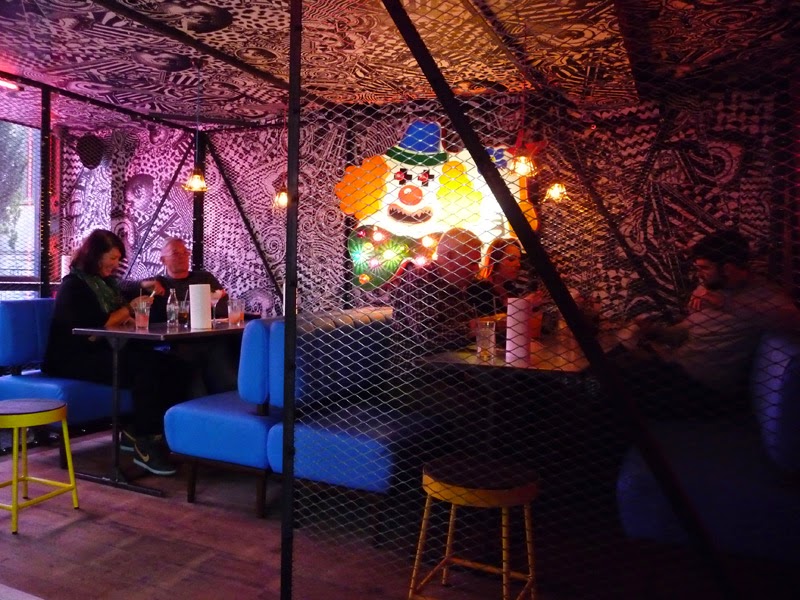 Sitting down in a booth, surrounded by metal chains and whipping off my MAC Russian Red as prep for what was in store, I thought it was lucky I was meeting an old colleague for lunch. Trust me, you need to go here with people you have spent many hours with. This ain't no first date territory.

Having not tried their signature burger, the Dead Hippy, before I decided to tick that box. This had two mustard fried beef patties, the Dead Hippy sauce, lettuce, cheese, pickles, minced onions. The burgers here are really juicy, drippingly so. And doubled up meant double the mess but actually, I did manage to eat this without it completely collapsing on me. They are the Southern-US style of burger that meltingly squelch down so they just about hold together.

Normally I prefer my burgers cleaner but there is something about the unashamed naughtiness of these that are quite a pleasure. The patties had a lot of flavour and the pickles were very thick cut, something this pickle addict appreciated very much. I'm not going to even attempt to figure out what was in the secret sauce but the acidity cut through the fat of the meat to balance it out really well.

The generous portion of fries were almost too much to finish, very thin, very crisp and very salted. I didn't have room this time for the fried pickles, shrimp or the monkey fingers (strips of chicken fillet doused in hot sauce) but they are very good too.

I can't abide fizzy cola or lemonade so the fresh lime and soda included in the deal was good enough to wash it down with. If it were post the watershed then their cocktail menu is definitely worth a look.

MEATLiquor don't buck the the trend of what some burger places do. They don't even attempt to  market themselves with sustainability, where the food is sourced from or their organic credentials. All of which I think is actually very important in the food industry. But sometimes, just sometimes, you need a bit of sin in your life and I guess that's what we have MEATLiquor for.