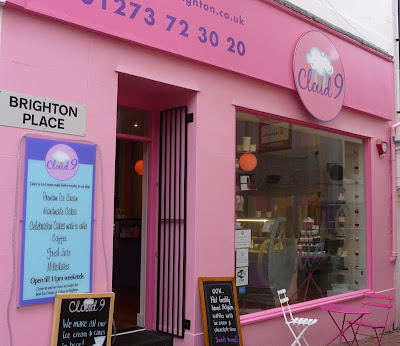 So Brighton has gone from having zero decent gelaterias or ice cream parlours to having three. Hurrah I say, hurrah! Brighton's most recent ice cream parlour, Cloud 9, with its shocking pink facade opened up just 5 months ago. I love hearing why people decide to open up foodie businesses as they are so often born of passion and Cloud 9 is no exception, owner Paul is a former football coach and youth development worker but was so inspired by the ice cream parlours in America that he ditched that and settled on Brighton to open up his own venture. 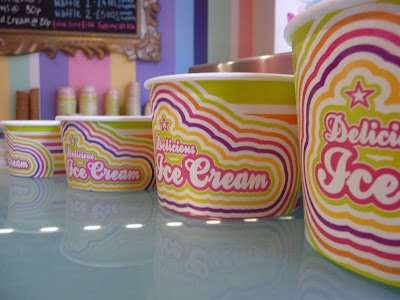 All of the ice cream and sorbets at Cloud 9 are made on site using local produce where possible. Milk is currently supplied by Westons, which I think is in Devon but it will be great to see our own Sussex milk, cream and eggs on the menu which should be in place by the beginning of December. Juices and gorgeous sparkly cupcakes are also produced on site which is handy as Paul's partner is from a baking background. 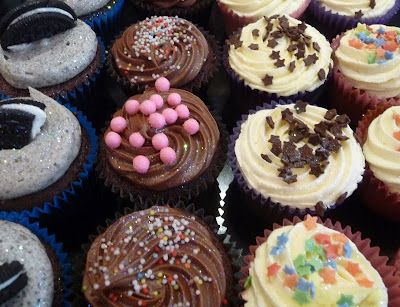 Focusing on the ice cream, there are a couple of kooky flavours in there like Blue Cheese which has a subtle but definite flavour and a lovely salt nip at the end but otherwise most of them are family friendly favours and American influenced styles. I really enjoyed my cup of Perfect Peanut Butter but there will be something for everyone here.

Flavours are quite light and mellow and the fat content is just 8% - the minimum to be officially classed as ice cream by trading standards. Premium American brands can reach 20% or so and I tend to find them quite sickly. I think Cloud 9's 8% is bang on for creaminess whilst still remaining light. 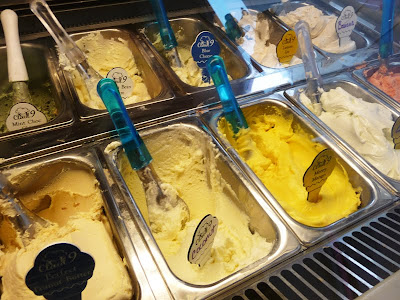 Inside they have 4 small tables that were all surprisingly full on a damp Thursday lunchtime but I guess offering waffles, coffee and cakes as well as ice cream will help bring people in year round. I would say that this place is more down to earth and child friendly rather than sophisticated gelateria in style with the striped walls and candy colours channelling Willy Wonka. 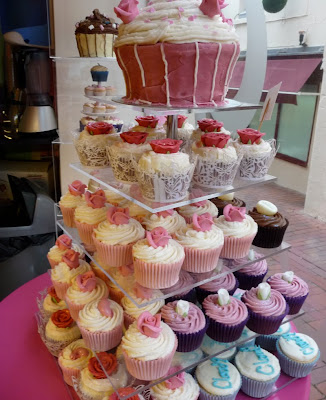 Open late most evenings and later on Fridays and Saturdays which is handy for post dinner dessert. Heavenly.